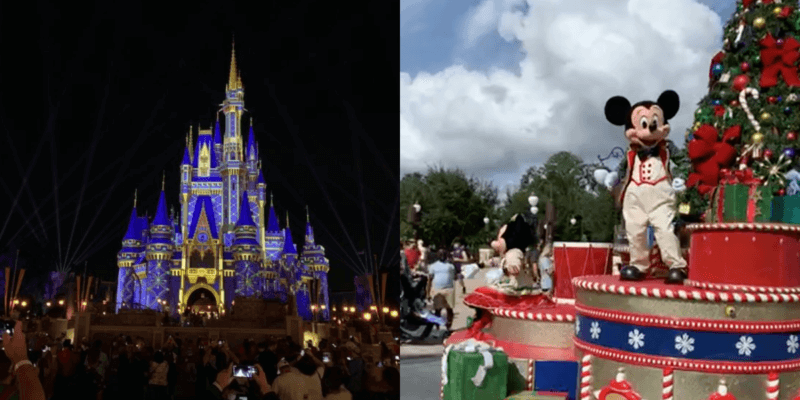 “It actually becomes a really wonderful challenge to figure out how to do something we’ve always done but do it differently so that it feels new.” –Tara, Walt Disney World Entertainment

Walt Disney World Resort began its Christmas Celebration by unveiling a lot of new entertainment offerings, and it appears that Guests could continue to expect more of those new offerings as time goes by.

Talking with Tara who is with Walt Disney World Entertainment on the first day of the Magic Kingdom’s modified holiday celebration, I asked her about the possibility of having Christmas characters like Sandy Claws making an appearance.

“I don’t think he will show this year but that is a good thought! Something to think about!”

The tone of her voice conveyed a sense of open-mindedness as if the appearance of Jack Skellington’s Christmassy alter-ego was actually a possibility. I attempted to dig deeper into the topic asking if the creation and presentation options are an ongoing process.

“Absolutely,” she said. “First and foremost we want to create experiences that are safe for our Guests and safe for our Cast… and then it actually becomes a really wonderful challenge to figure out how to do something we’ve always done but do it differently so that it feels new.”

Disney has clearly risen to that creative challenge, taking the best parts of parades and presenting them in their own cavalcades, allowing Guests to see more of their favorite characters out and about in the park, and finally lighting projections back on Cinderella Castle.

Outside of the Magic Kingdom, Guests can see characters taking a promenade in EPCOT, cruising down Hollywood Blvd in a motorcade at Disney’s Hollywood Studios, and heading just around the river bend on special flotillas at Disney’s Animal Kingdom.

This attitude is a far cry from the pre-shutdown days of Walt Disney World where there was a very significant lack of spontaneity and newness in the parks. Guests had the scheduled and structured meet and greets, the same parades processed down the same route like clockwork.

As the CDC’s guidelines stay in place, the silver lining appears to be that this newness from something Disney has always done will continue to be brought into the parks.

With this in mind, this writer begins to look to Disney World after the holidays and what will be seen there. Maybe we will see the Festival of Fantasy parade split up into a Tangled cavalcade or maybe a Maleficent cavalcade with the iconic fire-breathing dragon float. 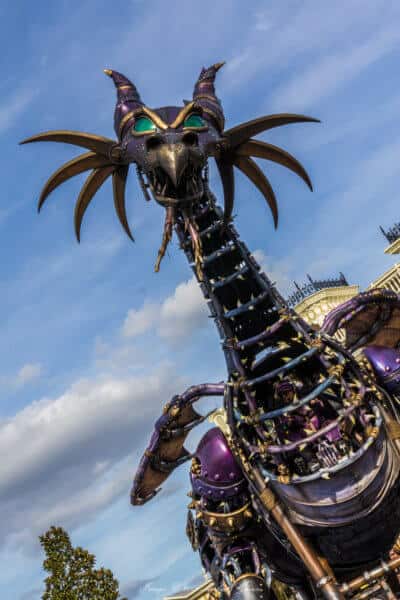 At this point, though, only time will tell. But whatever Tarra and Disney World Entertainment decides to give Guests, I seriously doubt it will be anything short of amazing.

What are your thoughts on Disney World’s modified entertainment options? What would you like to see in the parks? Let us know in the comments!

There is still time to plan your holiday vacation to Walt Disney World, we can help! Click here for more information