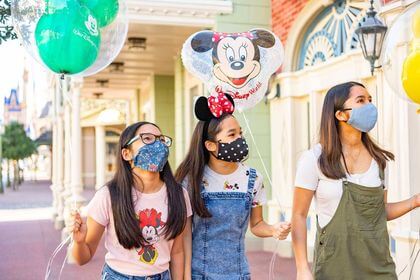 The White House coronavirus task force has just moved Florida from the yellow zone to the red zone after weeks of a 4,000-a-day case count within the state, and it may be affecting the data we see within Disney World.

What is really going on in Florida?

According to the Orlando Sentinel:

The rate of new COVID-19 cases in Florida has been increasing steadily week over week since early October, pushing the state into the red zone, according to the White House Coronavirus Task Force report for the fourth week of October.

The state currently ranks 31st in the nation for new COVID-19 cases per 100,000 people. It remained in the yellow zone for test positivity, indicating a rate between 5% and 8%, ranking 33rd in the nation.

There are “early signs of deterioration in the Sunbelt, including Florida, as mitigation efforts were decreased over the last month,” said the Oct. 25 report, obtained by the Orlando Sentinel from Gov. Ron DeSantis’ office.

With that being said, a task force report has been released with advisories on how Florida can help mitigate and reduce rising case numbers. Suggestions include “recommending mask-wearing, physical distancing, hand hygiene, avoiding crowds in public and social gatherings in private, and ensuring flu immunizations.”

Florida Governor Ron DeSantis had removed any fines associated with not wearing a mask in the state of Florida, which contradicts what is being suggested in the task force’s report — and general guidelines in many other states.

Disney World, for it’s part, has continued to heavily impose a mask rule. Being private property, Disney World can make sure Guests are wearing not only masks, but specifically whatever masks they deem appropriate, and can remove uncooperative Guests if necessary.

Right now, Disney World is announcing to Guests — via signage, newsletters, park recordings, and My Disney Experience app notifications — that masks must be worn at all times (except when actively eating or drinking) when on property. Failure to do so will mean the Guests removal from the property.

Has Disney really not seen an outbreak?

All of this being said, Disney World has not reported an outbreak in any of its parks since reopening.

The notice of COVID outbreaks come from reports which show, “state- and county-level case and positivity rates, levels of testing and death rates. It ranks the counties by color codes, from green to red, indicating the rate of increase in cases and test positivity, and more significantly, it provides early warnings and a list of recommendations to each state.” 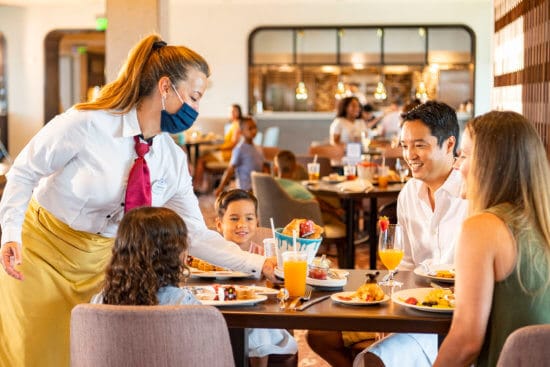 In order for The Sentinel to receive a weekly report, the newspaper has to involve its attorneys to obtain it.

Alan Harris, the chief administrator of Seminole County Office of Emergency Management, requested the report, but he was refused. The data within the reports can be informative for those within local levels in terms of making decisions, but with the virus being such a sensitive thing, waiting weeks to find out numbers and where they are coming from can be counterproductive.

The most recent report that we have seen is from October 25th from The Sun Sentinel, and it noted a large jump in COVID-19 cases:

And that is with, “Orange County rank[ing] fourth for the greatest number of new cases in the prior three weeks.” Because these reports are not transparent, it may be possible that where outbreaks are coming from, and the location in which they are taking place, are not being fully realized by the public. Even today, the case count is over 3 hours late in being released to the public.

Disney is, however, taking every safety precaution to ensure that Guests are safe, so it does make sense that no large outbreaks have been reported. But it’s also nearly impossible trace COVID-19 cases back to exactly where they came from, such as the Disney Parks, so this possibility can’t be ruled out.

What would need to happen for Disney World to close down again?

“I don’t think that the closure of restaurants has been particularly effective,” DeSantis said, according to the Orlando Sentinel. “They’re not going to be able to be closed by locals anymore, and they’ll be able to operate at the capacity that they’re comfortable with.”

That being said, Disney World has announced that they will continue to listen to the CDC in terms of limitations and capacity increases, which at the moment seems to have stayed at 25%. Disney has also launched the Disney Park Pass Reservation System through 2022, proving that they are ready to operate under a limited capacity for at least another year, so long as the CDC recommends it. 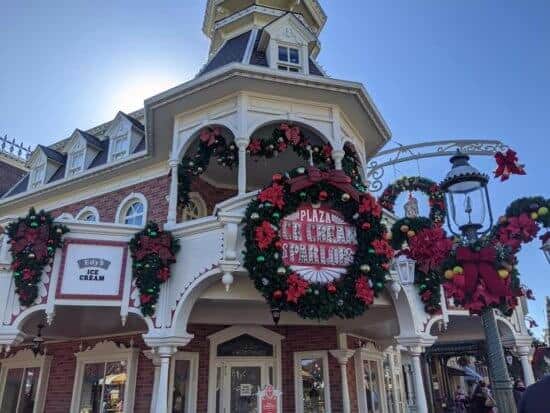 To close Disney World, it seems we would need to see something similar as what has happened in Disneyland Paris where a federal quarantine mandate was imposed. That being said, it would likely need to come from above Govenor DeSantis, since the Florida Governor has said that he is in favor of full-capacity operations moving forward.

Do you think Disney World should re-close, given the continued rise in COVID-19 cases in Florida? Or should the parks continue to operate as they have been?