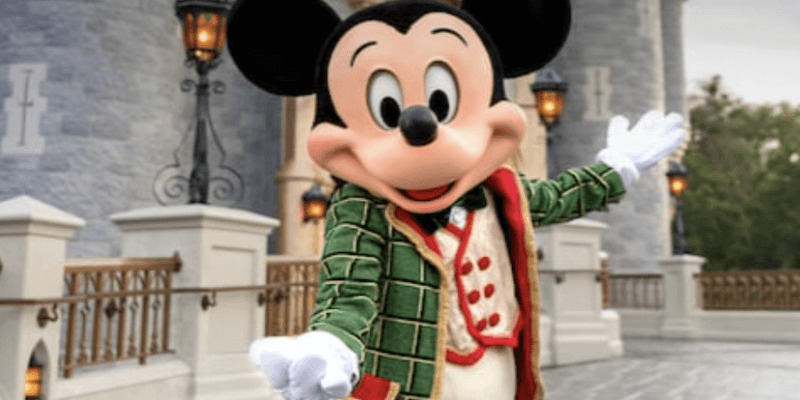 When The Walt Disney Company announced last week that nearly 30,000 Cast Members would be laid off (including CMs at both Walt Disney World Resort in Florida and Disneyland Resort in California) unions were quick to react.

What have Cast Member unions shared?

STATEMENT OF THE SERVICE TRADES COUNCIL UNION REGARDING LAYOFFS AT WALT DISNEY WORLD The 6 unions of the STCU represent 43,000 Cast Members at Walt Disney World. We were disappointed to learn that the Covid-19 [sic] crisis has led Disney to make the decision to layoff Cast Members.

The 6 unions of the STCU represent 43,000 Cast Members at Walt Disney World.

We were disappointed to learn that the Covid-19 crisis has led Disney to make the decision to layoff Cast Members.

We have received communication from the company [The Walt Disney Company] regarding the number of Cast Members that will be affected by the company’s layoffs. Out of 7,796 Cast Members, the company has determined that they need to lay off 2,858 of our members. We are concerned that the list the company has provided includes 436 Full-Time Cast Members. Compared to other unions, Local 50 looks to be one of the few unions that has Full-Time Cast Members on their list of layoffs. Unlike other unions, Local 50 has 26 classifications in 6 scheduling groups. This greatly complicates the process. In our contract, Section 20 D. 1. It states:
“Continuous length of service as a Regular Culinary employee shall govern the order of layoff and recall by scheduling group provided the employee possesses the necessary skills, qualifications, and ability to perform the available work without additional training as determined by the Employer.”
Section 20 also addresses the provision of “Recall Rights”, where if a Cast Member is recalled within 12 months of the December 31st separation date, the Cast Member will be able to return with their current seniority.
For the Cast Members that will receive layoff notices, the official separation date will be 12/31/2020. Notification will be made primarily by email, or by mail for those who do not have a personal email recorded with the company. For the time period of 11/1/2020 to 12/30/2020, affected Cast Members will receive pay for those 60 days. Health benefits will continue during that time.
For Cast enrolled in Aspire and are affected by layoff. The impact will vary dependent on the program that they are in. When notified, contact your education coach.
For the purposes of transparency attached is the breakdown we received from the company. Take heart that Local 50 understands this is a troubling time. We will be discussing and negotiating to ensure that everything is done fairly and correctly. This means that some of these items are subject to change.

Local 50 Members,We have received communication from the company regarding the number of Cast Members that will be…

What is currently happening between Disney and unions?

Local news outlets in both Florida and California have been following the negotiations between Disney and various Cast Member unions. Orlando NBC WESH 2 shared this information:

At Disney World, there are about 1,300 workers who are part of the carpenters union, Local 1820.

The union’s area manager, Ronnie Rogers says Disney has notified them and it is planning to lay off 149 of its members.

“November first they’re actually going to lay the people off, but in the negotiations and whatnot, we’re looking at them paying them for another two months until January first — is when they’ll actually be laid off,” Rogers said.

Another union, Ibew Local 606, posted on Facebook this weekend a list of 13 job classifications, that will face layoffs starting Nov. 1.

WESH 2’s coverage continued with these details about ongoing negotiations with Disney officials:

Other union leaders said they are still deep in negotiations with Disney, which includes the groups that make up the Service Trades Council, which represents over 40,000 cast members.

As for the still-closed Disneyland Resort in Anaheim, California, the Voice of OC website shared this information about how union leaders are dealing with layoff negotiations:

“The biggest priority right now is to keep some of those workers,” said OC Labor Federation Executive Director Gloria Alvarado…Alvarado said nearly 6,000 of those layoffs will be Disneyland resort area employees.

“Our priority right now is to minimize those numbers and secondly a path to open that includes safety for all,” Alvarado said in a Monday phone interview.

At this time, it remains to be seen exactly how many unionized Disney theme park Cast Members are actually left without jobs when the layoffs officially begin. As some union leaders have pointed out, it is also possible that certain Cast Members, including entertainers, will be recalled once the parks’ phased reopening processes end and normal operations resume.

This could, however, be quite some time in the future, particularly in California, where Disneyland and Disney California Adventure have not yet received reopening guidelines from Governor Gavin Newsom’s office.

What are your thoughts on Disney Cast Member unions’ continuing negotiations amid the layoff announcement?