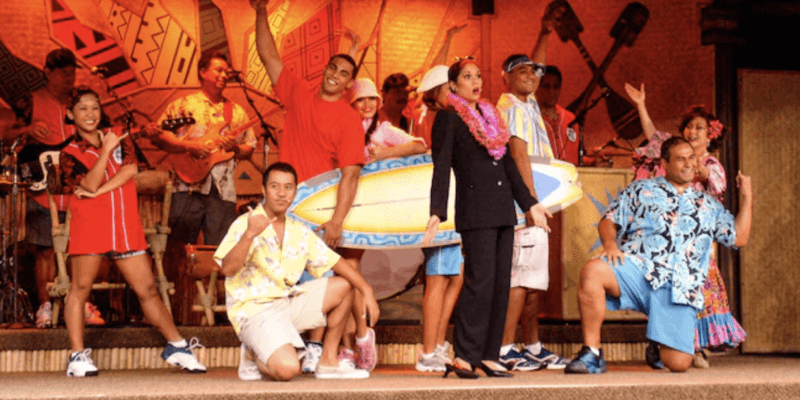 Today’s announcement that 28,000 Disney World and Disneyland Cast Members have been laid-off surprised nearly everyone, including many of the Disney staff members who were directly impacted by the surprise round of layoffs.

It has just been confirmed that many of the iconic performers at Disney’s Polynesian Village Resort will not be returning to work.

I had to reuse this graphic made by Joshua L Harris today after many of the Cast Members were told they won't be back, including the entertainers at the resort.

I had to reuse this graphic made by Joshua L Harris today after many of the Cast Members were told they won’t be back, including the entertainers at the resort.

In addition to these Disney World performers, several other notable entertainers will not be returning to work at Walt Disney World Resort. These include “Yehaa Bob” and the Grand Floridian Society Orchestra — the latter of which will be performing until October 3.

It is worth noting that it is not entirely surprising that Polynesian Village Resort Cast Members were part of today’s Disney layoffs. The Walt Disney World Deluxe Resort is scheduled to undergo a lengthy closure for refurbishment (including the addition of new Moana themed hotel rooms) and will not reopen until Summer 2021.

This means that it is unlikely that live entertainment, like the Spirit of Aloha dinner show, will resume until next year at the earliest. At this time, the South Pacific themed performance remains temporarily unavailable, which is likely why the Polynesian’s entertainers were impacted by the surprise layoff announcement.

The massive number of Walt Disney Company layoffs has shocked the Disney fan community and left many Disney Parks lovers reeling. We cannot know for sure when things will return to normal for Disney’s U.S. theme parks, but for now, we can all take Walt Disney’s words to heart:

What is your best memory of the entertainers at Disney’s Polynesian Village Resort?