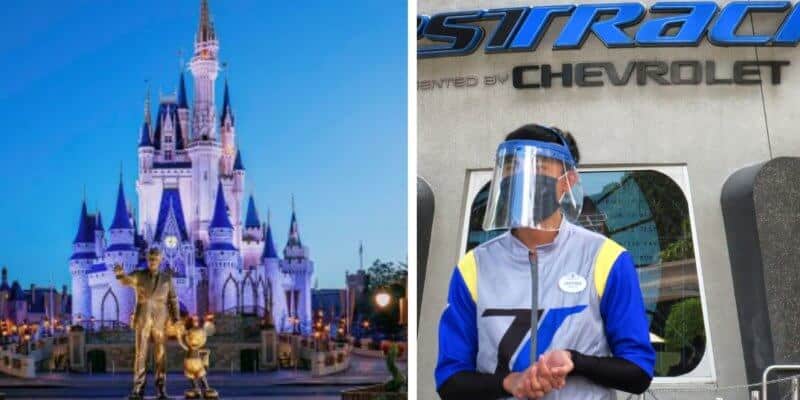 Earlier this week, we received the tragic news that 28,000 Cast Members were going to be losing their jobs. The Walt Disney Company released a statement spearheaded by Disney Parks, Experiences, and Products Chairman Josh D’Amaro mentioned, in part:

The release of over 10% of the Walt Disney Company staff and affected Cast Members, Imagineers, and Executives of every level, and unfortunately not all employees are unionized.

For those who are, unions have stepped up to make sure Cast Members voices are heard. Local 362, the largest union for Walt Disney World, was one of the first to announce that they were in negotiations with Disney regarding when the layoffs would take effect, how health benefits would carry out, and recall rights.

Disneyland unions also began to release statements on social media. Workers United Local 50 and Unite Here Local 11 began bargaining with Disney for their Cast Members as well. From what we know in terms of unionized Cast Members only, over 10,000 of the layoffs come from the two Resorts coast to coast.

Unfortunately it looks like that number is only growing. Reporter Ashley Carter took to Twitter this evening to announce where more layoffs would be seen. She stated:

Disney World has notified the International Brotherhood of Electrical Workers Local Union 606 that it will lay off workers in the following positions, starting November 1:

The exact number of layoffs has not been released, but the union is still in negotiations with Disney.

We are still not sure how many Cast Members will be effected within Electrical Workers Local Union 606, but we do know that the union is currently in negotiations with Disney. Although what those negotiations entail is still undisclosed, after seeing what the other unions have asked for it, it may be along the same lines. Cast Members must now wait to see if they are one of the many affected by the pandemic’s economical restraints on the Disney Parks.

What do we know?

Disneyland’s union Local 50 has since returned from the bargaining table with the news that Cast Members would be employed through to the end of the year, health benefits would stay until then, and could be recalled with seniority if they return within a year of their separation. The official notice read:

For the Cast Members that will receive layoff notices, the official separation date will be 12/31/2020. Notification will be made primarily by email, or by mail for those who do not have a personal email recorded with the company. For the time period of 11/1/2020 to 12/30/2020, affected Cast Members will receive pay for those 60 days. Health benefits will continue during that time.

We do hope that Cast Members are able to be recalled once Disneyland reopens and both Walt Disney World Resort and Disneyland Resort are able to slowly return to a more regular operating level. Until we hear more news, our thoughts are with all Disney Cast Members at this time. We thank you for the magic.