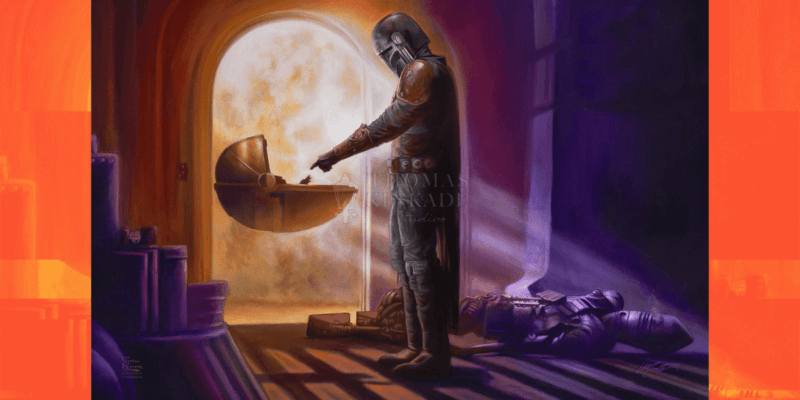 For everyone who didn’t win stay tuned for more giveaways to be announced soon, including an announcement we are really excited to make coming soon. We have a series of giveaways coming that will collectively have a total prize value of $20,000 PLUS we are making a donation to The Children’s Hospital for everyone who enters (no purchase or donation required by you). It’s going to be a really exciting opportunity that you won’t want to miss.

Finally, speaking of exciting opportunities did you see the Star Wars Advent calendar giveaway we just announced here? We are excited to welcome Toynk as our most recent sponsor. Be sure to check them out.

This is the Way to a prize you won’t want to miss. Inside the Magic is excited to announce a brand new Mandalorian series from Thomas Kinkade Studios. The Mandalorian – Turning Point is the first painting in this brand new series.

Debuting on Mando Mondays we are excited to have the opportunity to giveaway a 12 x 18 SN Limited Edition Canvas in a Dark Pewter Frame to one lucky reader. The Mandalorian – Turning Point is valued at $750! 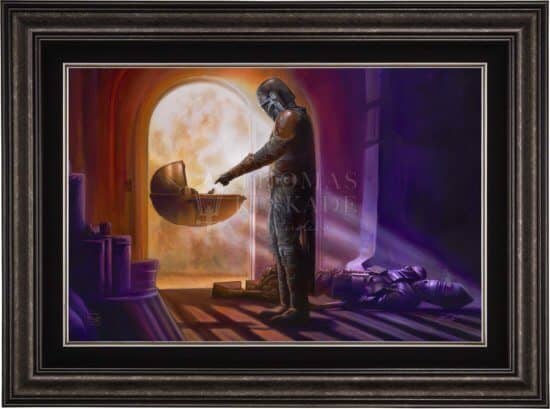 Season 2 of The Mandalorian debuts Friday, October 30th only on Disney+. Each of the 8 episodes in season 2 will be released on Fridays and then come Monday you can enjoy special merchandise releases from participating retailers on Mando Mondays which you can read about here. Thomas Kinkade Studios has made a large commitment to this effort with 8 new paintings which will be in addition to their existing Star Wars collection which we’ve covered in the past here and here.

Today, October 26th is the official release date of this new painting. Thomas Kinkade Studios artist Monte Moore created the painting which as fans know is an iconic scene from Season 1 of The Mandalorian. It was at this moment that Baby Yoda became an instant sensation that captivated the world.

Related: All the Baby Yoda Memes You Need Now

In the painting, we see The Mandalorian and Baby Yoda’s egg pod with a defeated IG-11 laying in the background. This is obviously no ordinary bounty as the 50-year-old he was sent to find is actually a child of Yoda’s kind. How could the Mandalorian have known that this bounty would be a turning point for him as he becomes the child’s protector?

We can’t get enough of these Star Wars paintings from Thomas Kinkade Studios. Here are some of the other great options to choose from: 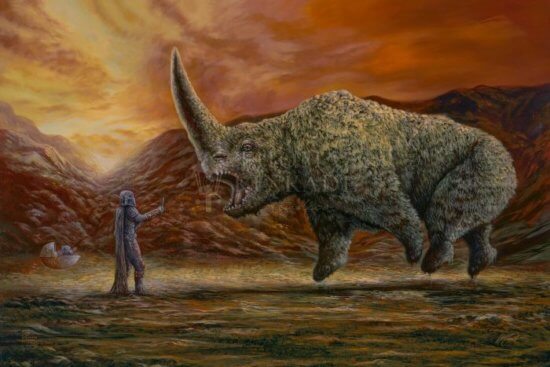 The Duel: Rey vs. Ren 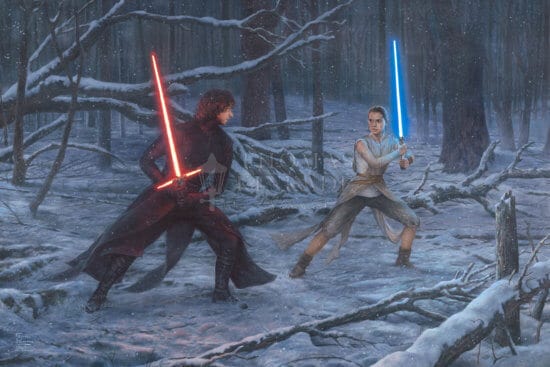 The Battle of Hoth

This painting captures the epic battle when Luke is able to take down an AT-AT with his Lightsaber. Look closely can you spot all 3 moons of the planet of Hoth or the Millennium Falcon making its escape?

The rebels have to fight their way back to the Millennium Falcon and Obi-Wan knowing how important it is that Luke is around to defeat the dark side of the Force sacrifices himself for the cause.

Star Wars fans can’t forget this epic battle that had us on the edge of our seats. The Lightsaber duel is memorialized perfectly in this piece with Emperor Palpatine looking on.

This is an epic collection that will be a proud addition to any fan’s home.

Rey provides the Resistance with Hope as her powers grow. The painting is set after she along with Kylo Ren defeats Supreme Leader Snoke’s Elite Praetorian Guards aboard The Supremacy. Rey escaped in Snoke’s shuttle and meets up with Chewbacca to search for General Leia and Finn. 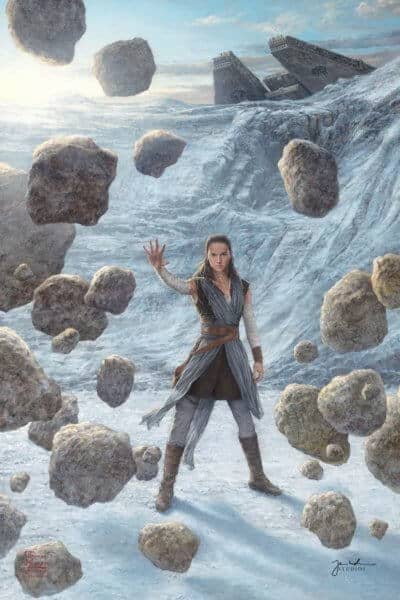 To improve your odds we have some opportunities you will want to take advantage of. Once you enter take advantage of as many (or few) of the additional options we give to increase your odds with additional entries. Within the giveaway app, we will link to every prior Thomas Kinkade Studios giveaway and give you entries for simply logging back in and refreshing your memory of the great Disney Art Thomas Kinkade Studios has. Additionally, you can rack up a lot more entries by sharing this giveaway with your friends and family.

To refer a friend once you enter you will see the “Refer a Friend” option as shown below. Each person who enters will receive their own URL which you can share across all on social media, email, or text. Once your friend enters using that URL then you get the bonus entries. 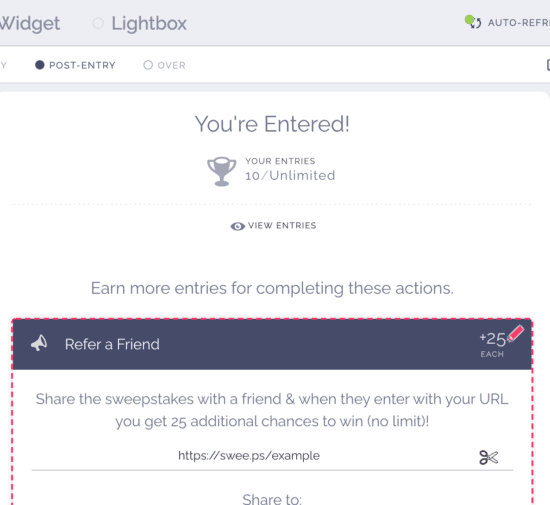 Be sure to use an email address you actually check as the winner will be notified by email plus we will update this article with the winner’s name. But be quick to respond, if we don’t hear back from you we will have to draw a new winner.