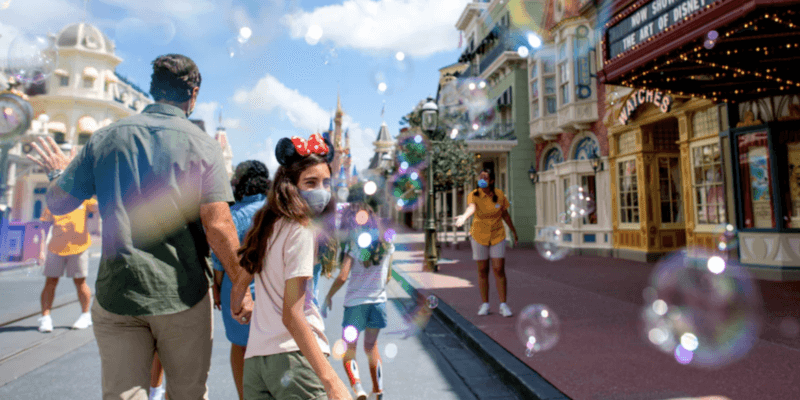 When Disney Parks, Experiences and Products announced over 28,000 Disney Cast Member layoffs last week, Disney fans, employees, and the business world were all stunned. After all, Disney is one of the largest corporations in the world, and a round of layoffs this massive signifies problems for the media and entertainment giant.

Walt Disney World Resort began its phased reopening on July 11 and, although the theme park continues to add experiences to its currently limited operations, including the allowance Halloween costumes for adults for the first time, ABC News reports that at least one-quarter of Disney’s layoffs so far will affect the Florida theme park property.

According to Disney-owned ABC:

At least a quarter of the 28,000 layoffs planned for Disney’s parks division will come from Florida, according to a letter the company filed with state and local officials last week.

The letter said that at least 6,390 nonunion Disney employees in Florida will be laid off starting in early December. The number of Florida layoffs, though, could grow as the company negotiates terms with a coalition of unions that represents 43,000 employees at Walt Disney World.

As massive as Disney’s layoffs are, many more Orlando-area companies have also been impacted by furloughs and layoffs as well. The Orlando Sentinel gave a glimpse at just how much Florida’s dismal tourism numbers have affected the hospitality industry and theme parks in the region:

…6,700 jobs [the number of Disney World employees laid off] is massive. There are only 10 companies in Central Florida that even have that many employees on their payroll.

With one swing of Mickey’s corporate ax, Disney laid off more people than SeaWorld or Valencia College even employ.

Yet 6,700 is just the tip of our unemployment iceberg. That’s just Disney’s non-union job losses announced so far — and only at Disney.

Universal Orlando is shedding at least 2,300 jobs, a workforce larger than all of Full Sail University.

We have previously reported on the layoff numbers at Universal Studios Orlando hotels. The true economic impact of Florida’s well-documented tourism struggles amid the coronavirus pandemic may not be known for some time.

In the aforementioned statement, Mayor Demings acknowledged that he doesn’t expect Orange County’s tourist population to fully return until a COVID-19 vaccine or cure is widely available. Until then, there is always the potential for more layoffs and closures at Disney Springs, Walt Disney World, Universal CityWalk, Universal Orlando, and other similar properties.

The good news, though, is that the pandemic will eventually be a distant memory and, hopefully, theme park tourism in Florida will ultimately return to the robust industry it was just last year.

What are your thoughts on central Florida’s theme park layoffs amid COVID-19?

Comments Off on Orlando Layoff Numbers: Impact on Disney World and Other Parks