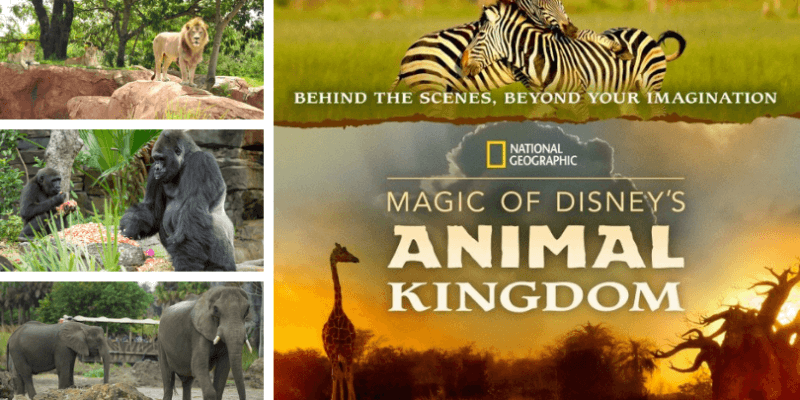 The show takes Guests beyond the Savanna and gives a behind-the-scenes look at the work that goes into the essential care for each of animal species that calls DAK home.

Each type of animal has a deliberately thought out plan of care that works best for them. Many get positive reinforcements when they are cooperating, but they also get a little pampering just because. One of those animals is getting scratches and bubble baths — and you probably won’t guess who it is. If you’re thinking they’re the elephants or hippos because they like to be around the water, guess again! It’s the hyenas!

Hyenas don’t have the best representation from their obnoxious laugh to their portrayal in The Lion King as Scar’s evil minions, but they, like any other animal, or human for that matter, need a little TLC too. The mutual love between the hyenas and Disney’s Animal Care Team can be seen in the snippet below from one of the episodes for Magic of Disney’s Animal Kingdom. The Animal Care Team enjoys caring for the hyenas and all the other animals just as much as the animals enjoy being cared for.

We are learning a lot of new information that we may not have known before this new Disney+ series debuted. Disney’s Animal Kingdom animals have very unique stories because they live in the Savanna of a Disney property. It’s not the same as if it were in the wild, but they live a very special life of education and conservation. The Savanna isn’t the only place on Disney property they stay, though. There are also large barns behind-the-scenes where these animals get the proper care and treatments they need to live a healthy life.

Not only is the Disney Animal Care Team introducing us to the work that is done to keep these animals healthy, but how they observe and study these animals so they can all live harmoniously together. Just like humans, animals have social cues, and now with the help of Disney and National Geographic, those of us who don’t work in the wildlife industry are able to see how these animal interact and can communicate without using any words.

#ICYMI here is our latest #AskDrMark episode where we caught up with Rory and Karen, two animal care experts who taught us all about the importance of getting baby animals comfortable when they enter the world. Keep watching the @disneyplus series, “Magic of Disney’s Animal Kingdom,” to see how we introduce animals to environments and each other. . . . . #DisneyMagicofNature #Disney #DisneyAnimals #Animals #Animal #MoDAK #disneyplus #Wildlife #Environment #Nature #Conservation

Have you watched Magic of Disney’s Animal Kingdom yet?

Comments Off on Which Disney’s Animal Kingdom Resident Gets Extra Pampered?