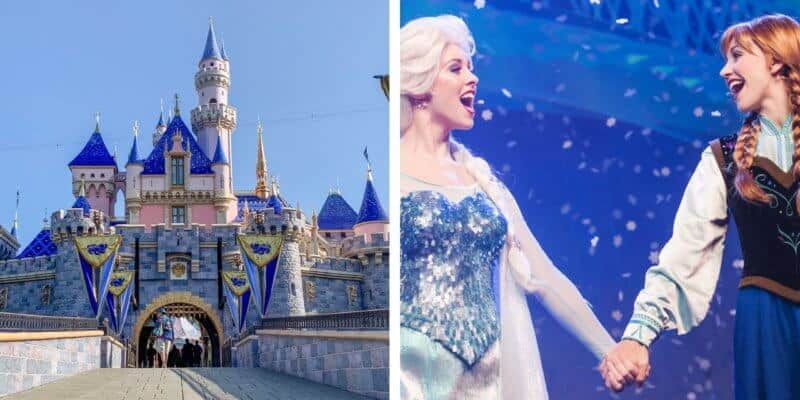 Disneyland Cast Members are voicing their concerns and heartbreak surrounding the recent layoff news. They also are now discussing if they plan to return to their jobs once things reopen if they are given the opportunity.

Note: The Cast Members pictured in this article are not those who were interviewed by the LA Times.

After learning that 10,000 layoffs would be heading for Disneyland Resort Cast Members as of this weekend, many Disney fans are already mourning the loss of all our favorite magic-makers that make the Disneyland parks as special as they are.

The Los Angeles Times spoke with a few Cast Members that have been let go from Disneyland, and it seems that there is an overall tone of sorrow and sadness in the air, as these Cast Members leaving the resort is truly a loss.

Frozen Cast Members, Cassie Simone and Josey Montana McCoy, who performed the broadway-level show at the Hyperion Theater in Disney California Adventure Park, have had to accept that the show has been canceled with no current word of its return.

Simone, who has been performing at Disneyland Resort since 2004, plays Princess Anna, and said the role was her, “dream job.” After working together for years, the Cast Members of the show became like family, noted Cassie. “We’ve seen each other through marriages, babies, divorces, even deaths,” she said to the LA Times. To be ripped away from that is heartbreaking to hear.

Cassie is now an office manager and is taking auditions on the side as they come, but she says she has lost a huge part of who she is without Disney. The Anna actress stated, “I’m having a real identity crisis because Disney was such a huge part of who I am, now I’m having to figure out who I am without Disney.” And for someone who has been with the company making magic for 16 years, that might not be so easy.

McCoy, who played our favorite snowman Olaf, has mixed feelings about reopening Disneyland. “Let’s listen to the scientists,” he stated to the LA Times, as he fears for his newborn contracting the virus.  Josey has had ups and downs dealing with the closure and recognizing he may never play Olaf again, “Emotionally, it comes in waves, I realize that the wall of security that I built started to crumble slowly.”

Tina Thomas, a Disneyland Resort Cast Member who worked at Carthay Circle Restaurant at Disney California Adventure Park, has been unable to pay her bills since her furlough. Thomas deeply misses the Guest interactions she once had, especially with California being such a local park, she built relationships with many of these people that are no longer there.

But even through the hardships, Tina is not giving up hope!

“I’ve watched their children grow and become regulars, to me, that’s the best, and there aren’t many companies that we can grow that kind of relationship with. Even with layoffs, at some point restrictions are going to ease, they have to. I hope to retire from there. I have no interest in going anywhere else.”

With Downtown Disney extending into Buena Vista Street at Disney California Resort, some Cast Members are being recalled from furlough which was lovely to hear.

All of us at ITM truly hope that the parks can safely reopen soon so that Disneyland Cast Members can return to making magic.

If you are looking for ways to help these Cast Members, check out our resource article here.