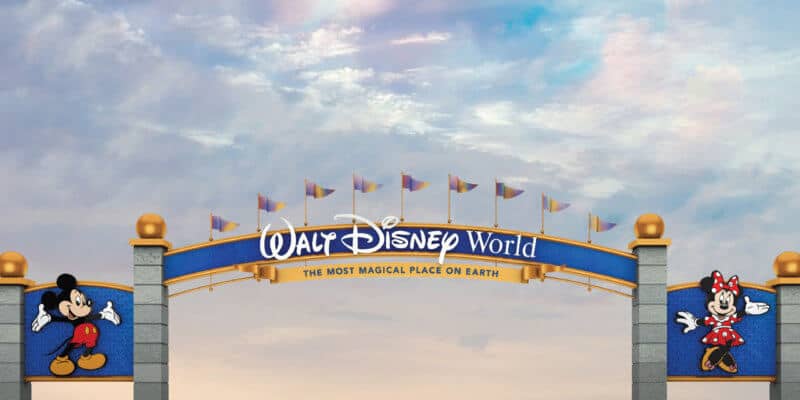 The Walt Disney World Resort recently announced that they will be redesigning the iconic entrance gates, and I am overjoyed to see it happen.

Finally! We are going to be rid of what I believe was an awful color scheme and have an entryway that has a regal quality to it — dawned in royal blue and gold. The new color scheme has much class and finally reflects the quality you will find inside.

Personally, I never cared for the look of the entryway. Who the heck decided to put purple, green, red, and yellow together? It’s the same color scheme as the Gymboree I went to as a little kid in the ’90s, for crying out loud!

Reading through the comments from our previous coverage of this change, it appears to me that the strongest argument against the change is one based on nostalgia, and I really don’t think that is a good enough reason to keep something that could be greatly improved in its current state.

In my opinion, the Walt Disney World Resort is the pinnacle of the theme park industry. It covers over 27,000 acres and offers a variety of theme parks, water parks, hotels, and experiences that altogether can not be found in one place anywhere else. It needs an entryway and overall signage that reflects that level of status, and I believe this redesign provides just that.

As its 50th Anniversary looms closer and closer, much-needed revitalization is underway at the two oldest parks: Magic Kingdom and EPCOT. The second-youngest park is in the middle of its own incredible transformation — no, I don’t think the changes to Disney’s Hollywood Studios are even close to being finished. And even the youngest park, Disney’s Animal Kingdom, is finally starting to leave the ’90s and ’00s behind with the addition of Pandora and the apparent fade-out of DinoLand, U.S.A.

Yes, we’re still young at heart, but I believe it is time to grow up and look presentable or, in the case of Walt Disney World leading into its Golden Anniversary, better than ever before.

There is also the matter of the slogan change. Walt Disney World Resort has not been the place “Where Dreams Come True.” That has been the slogan for Disney Parks as a whole since the Year of a Million Dreams celebration in 2006. I think it’s about time Guests driving in are made aware that they are actually entering “The Most Magical Place on Earth.”

Overall, in my opinion, this new entryway just looks all-around more elegant, matching the new color scheme of Cinderella Castle, and better represents the mega-resort’s unmatchable quality that has developed there over the past 50 years.

How do you feel about the new entryway design? Let us know in the comments!