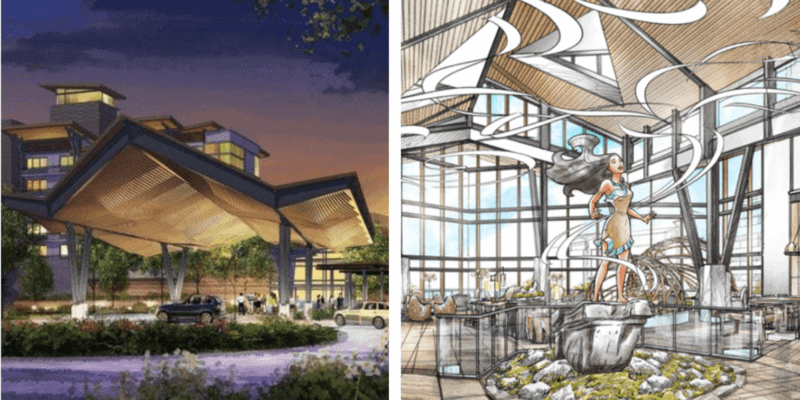 This morning, Walt Disney World Resort filed a new permit that is potentially related to the delayed Reflections – A Disney Lakeside Lodge project.

Related: Amid Cancelation Rumors, Construction on Reflections to Continue

The permit is specific to:

The address listed on the Disney World construction permit is 4400 Big Pine Road, the location of Disney’s Wilderness Lodge.

The neighboring address, 4500 Big Pine Road, is the proposed site of Reflections – A Disney Lakeside Lodge. While Disney has not officially announced that the new Disney Vacation Club resort project has been cancelled amid COVID-19, details about the hotel were removed from a Disney Parks Blog post about upcoming construction.

Today’s permit indicates that work could be continuing on Reflections, which is set to be a nature-inspired resort featuring an airy, modern architecture that pays homage to a variety of natural elements.

The temporary Disney World Cast Member parking area could indicate that Disney is making space for workers who will be at the Reflections – A Disney Lakeside Lodge site on a daily basis.

The fact that work is possibly continuing on this new DVC Disney World resort indicates that hope may not be lost for the proposed Princess and the Frog restaurant either. This dining establishment is likely to feature elements from the animated film’s Tiana’s Palace and could, perhaps, look similar to the Tiana’s Place restaurant onboard Disney Cruise Line’s Disney Wonder ship.

It is important to remember that The Walt Disney Company has not yet made any official announcements regarding the current status of Reflections – A Disney Lakeside Lodge on Bay Lake. Stay tuned to Inside the Magic for further updates about this Disney Vacation Club project.

Related: What is the Status of WDW’s ‘Princess and the Frog’ Restaurant?

Are you hoping that the Reflections project is continuing at Walt Disney World Resort?

Let the Academy Travel experts help you book your next magical vacation to any Disney World theme park — Magic Kingdom, EPCOT, Disney’s Animal Kingdom, or Disney’s Hollywood Studios. They are here to help you plan every detail of your trip!