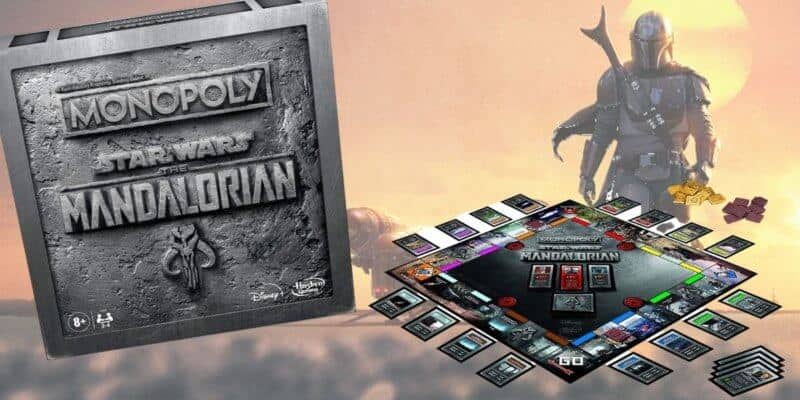 Are you a fan of the Disney+ original series The Mandalorian? Well, get ready for this!

Disney has just announced a brand new Monopoly board game themed off of the Disney+ series. We already knew about a Baby Yoda version of the classic board game, but now we are getting an entirely new version themed off of the entire series — How amazing?!

It is available now on Amazon — Here is the official description:

Purchase your version of The Mandalorian Monopoly from Amazon here.

And if you looking for another fun new board game to bring to the table for the next family game night check out the recently new Star Wars-themed Monopoly Game which is out of this world! Or, if Disney Villains are more your cup of tea, Ravensburg just debuted a new version of Monopoly which showcases all of our favorite villains like The Evil Queen, Maleficent, Scar, and more.

Don’t forget, season two of The Mandalorian will stream on Disney+ on October 30.

Will you be purchasing the new The Mandalorian Monopoly game? Let us know in the comments below.

Comments Off on ‘The Mandalorian’ Monopoly Board Game is Available Now!