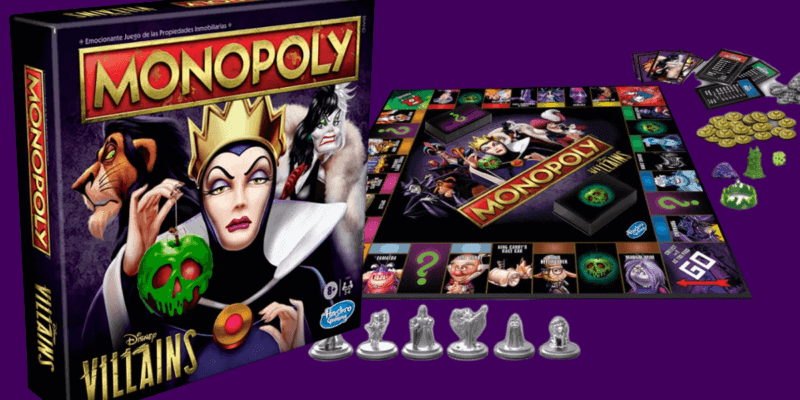 Hasbro has just released a Disney Villains Monopoly game, and this box full of tricks it the perfect treat for Halloween.

If you’re a board game lover or you collect games every time there is a new “Disney Edition,” then you’re in luck. Monopoly: Disney Villains Edition is now available for purchase just in time for spooky season.

We love Disney Villains, and so many fans think they are underrated and deserve far more attention (and merchandise!) than what they typically get. Hasbro recently gave Insider some insight into why they decided to partner with Disney to create an entire Monopoly board game dedicated to the Villains we all know and love (or love to hate).

“Villains are an integral part of Disney movies and are often the root of what makes each movie mysterious and exciting. We know there is a strong fanbase for these characters and we are thrilled to be able to celebrate Disney Villains in a way fans will appreciate and love,” senior director of global brand strategy and marketing at Hasbro, Chedney Rodgers, told Insider.

Below is the official description, as written in the product listing on Amazon:

Want to purchase even more Disney board games for your family? We’ve got you covered.

If the spooky side is more your style and you want something similar to Disney Villains Monopoly, below are some helpful links to get you started: