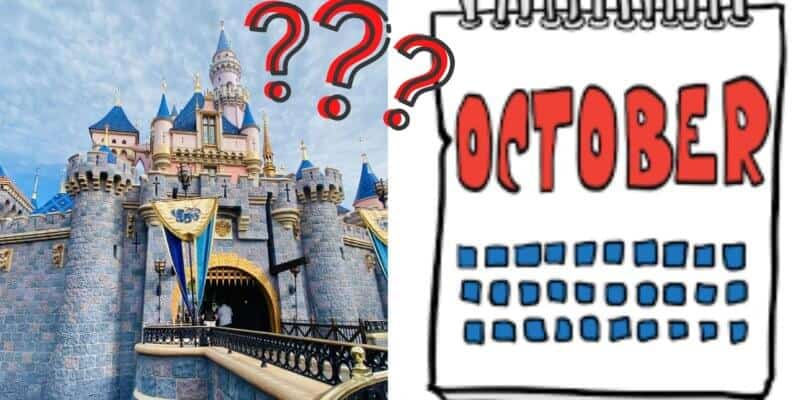 As time passes and we await Disneyland Resort’s opening, many of us are wondering what a pandemic version of Disneyland and Disney California Adventure may look like.

We recently learned that Disneyland Resort President Ken Potrock has been doing everything he can to to help Governor Newsom and the state of California come up with reopening guidelines for theme parks in California to no avail. The lack of a plan from the state has many of us looking like fish out of water when it comes to predicting what Disneyland Resort will look like once it reopens.

That being said, the Orange County Register posed an interesting question that we wanted to take a deeper look at.

Could Disneyland Resort be closed on weekdays?

Right off the bat this seems ridiculous, right? Well, when we look to Orlando, Paris, and Hong Kong, we can see that every single Disney Park has had to reduce their hours in some way, so it is not unheard of that Disneyland Resort could have the same fate.

Hong Kong Disneyland Resort was among the first Disney theme parks to reopen amid the pandemic. Many Guests were excited to see the gates open back up, but unfortunately with cases being linked back to the resort — it closed once again.

Hong Kong Disneyland becomes the first Disney theme park to move away from a 7-day-a-week schedule upon returning from a coronavirus closure.

The move is not entirely surprising. Hong Kong Disneyland is the second least-attended Disney theme park in the world.

The park was struggling before the COVID-19 pandemic rocked the world. A decrease in operating income at Disney’s international parks during the company’s first quarter was driven by Hong Kong Disneyland, where ongoing protests significantly affected theme park attendance and hotel bookings.

Hong Kong Disneyland was recently stripped of expansion rights to a 150-acre neighboring property that was intended for a second theme park.

This idea of not being at full capacity translates right into DLP.

The world’s least-attended Disney theme park is France’s Walt Disney Studios Park. The tandem park to Disneyland Paris will be open only five hours daily on select weekdays in October, November and December.

This means we have now seen two Disney theme parks cut days off their schedule for the first time ever.

Magic Kingdom, Disney’s Hollywood Studios, EPCOT, and Disney’s Animal Kingdom are all running on heavily reduced hours and offerings in comparison to its usual schedule. Being the busiest of all Disney theme park locations, this means a lot for Walt Disney World’s financial income as they have had to reduce Guest entry significantly and allow those who can enter a much shorter stay.

But what about Disneyland Resort?

While Disney has not stated anything that would indicate Disneyland or Disney California Adventure park could possibly not be open for a full seven days per week, many are speculating it may be a possibility.

It’s highly unlikely Disneyland would ever remain closed on weekdays when the park reopens. Disneyland is the second most-attended theme park in the world. The original Disney theme park could likely be filled to a COVID-19 reduced capacity limit every day with annual passholders alone.

Disney California Adventure would be a more likely candidate for reduced hours or days. But that’s improbable as well — since DCA traditionally plays the role of overflow park when Disneyland is crowded.

Do we think Disneyland Resort will be closed on weekdays? From what we have seen at Disney Parks around the world, anything is possible, but considering it’s popularity this is highly unlikely. The Disney Parks that have taken to a 5-day week are the less busy ones, and DLR does not fall in that category.

However, you could possibly expect to see reduced hours as we have in Disney World once a reopening plan is decided on and announced. Until then, we at ITM will keep our eyes wide open for any more Disneyland reopening announcements. We will update our website as soon as Disney shares more information regarding the future operations of Disneyland and DCA.

How do you think DLR will reopen? Let us know!