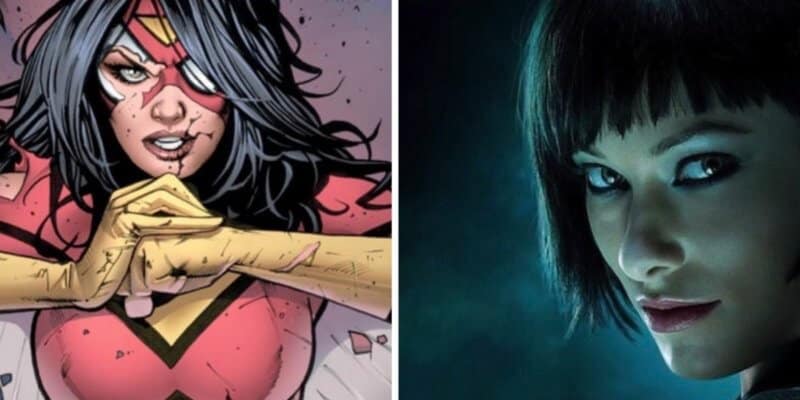 Actress Olivia Wilde is bringing her talents to the Marvel Cinematic Universe! She will take the director’s chair for an untitled Sony and Marvel project that has only just been announced.

The untitled project will be a part of the Spider-Man film franchise. According to ComicBook.com, Wilde expressed during a podcast her desire to bring more female directors to the MCU. She said:

“Look, we are seeing this incredible influx of female directors and storytellers getting to take hold of this genre, of the superhero space, and infuse it with their own perspective. So, not only do I get to tell this story as a director, but I get to develop this story, and that was what made it so incredible for me.”

Putting her own spin on a beloved classic Marvel superhero with her own perspective could offer a really refreshing take on the story of the Spider-Man. It seems like this project has a lot of potential to be something that Marvel fans haven’t experienced before. Olivia Wilde further elaborated on this, saying:

“I’m just honored to be amongst this wave of women who are showing up and saying ‘we are not only going to step in and try and tell this story like men do, we’re actually going to reframe the stories themselves.’ And the industry is, as far as I can tell, really supportive of that. There is a sea change and it’s because of these decades of trailblazers who demanded this over and over and over again and it’s finally broken through and I’m very fortunate to be there with it.”

What Could Olivia Wilde Bring to the MCU?-

Although this is only speculation so far, it is possible that Wilde could develop a Jessica Drew (aka Spider-Woman) story for the expanding Spider-Man universe. The Jessica Drew storyline has a lot of great potential to be an offbeat Marvel film with a comedic edge. Perhaps the same edge that made Netflix’s Jessica Jones series so popular with Marvel fans. Why could the Jessica Drew story-line work? She is a private investigator who is already familiar with established Marvel elements like HYDRA, S.H.I.E.L.D., and more!

Wilde has directed for various short projects in the past. She made her first directorial debut with the 2019 film Booksmart, which received high marks from film critics. She is currently working on directing a film, Don’t Worry, Darling, that is currently in production. Also, Wilde is no stranger to Disney as she is a part of the TRON film franchise!

What do you think about Olivia Wilde directing a new Spider-Man film? Let us know in the comments!