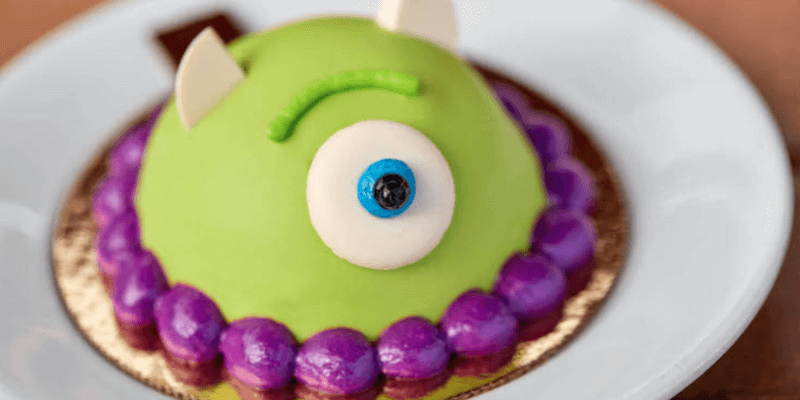 Who’s ready for spooky season? I know I am — and so is the Walt Disney World Resort!

Disney has just announced a new line up of amazing foodie items just in time for Halloween and we are absolutely loving the creativity. There is one item, however, that is really standing out to us.

Over at Disney’s Polynesian Village Resort, Guests will soon be able to try the new Mike Wazowski Dome Cake and we promise you, it’s straight from the city of Monstropolis!

According to Disney, the new Mike Wazowski Dome Cake will be available September 20 through Halloween (October 31) at Capt. Cook’s in Disney’s Polynesian Village Resort. This spooktacular food item is a milk chocolate cake dome with white chocolate icing!

And while you are visiting Disney’s Polynesian Resort, be sure to check out these two new items as well:

With the unfortunate news of Walt Disney World canceling Mickey’s Not-So-Scary Halloween Party this year, it has left many disappointed. However, just because Disney World won’t be hosting the popular annual event doesn’t mean they aren’t bringing the fall fun!

Disney World has debuted a brand new Halloween Cavalcade that features Mickey, Minnie, Pluto and other pals as they show off their favorite Halloween costumes.

Another thing that Guests were curious about was if they could wear their Halloween costumes to the Disney park. During the Mickey’s Not-So-Scary Halloween Party, this is a huge plus for adults as they are able to dress up, which they typically can’t do during normal theme park hours. Well, Disney Parks just shared that for this year, adults can wear their Disney Halloween costumes during theme park hours on select days.

And lastly, the food offerings at Mickey’s Not-So-Scary Halloween Party are a huge hit. Now, the Disney Park is bringing some of these items to the theme parks during normal park hours, including Hades Nachos, Halloween Cinnamon Rolls, and more!

Will you be trying this Mike Wazowski Dome Cake? Let us know in the comments.