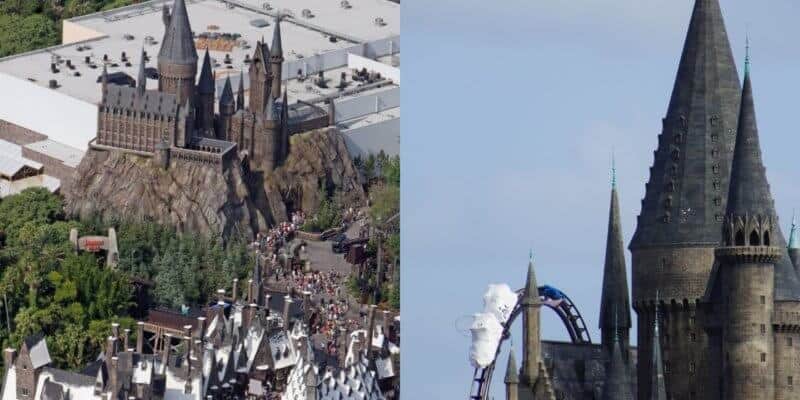 The new untitled Jurassic Coaster at Universal’s Islands of Adventure has been moving along at a rapid pace, and Inside The Magic has been following the roller coasters tracks. Since the Universal Resort has re-opened after closing due to the pandemic, the Jurassic Park coaster has been the attraction to watch. Even with us not yet knowing the name of the coaster, fans have been deeming it the ‘Velocicoaster’. That is something we do not yet know for sure, but stay tuned to Inside The Magic as we continue to track the coaster’s development at the Universal theme park.

In mere months we saw everything from the track being completed, to dinosaurs being airlifted in, to ride vehicle testing. The attraction did not in the open summer 2020 as originally planned, but at this pace, it looks like Universal is moving as quickly as possible to complete Jurassic World/Jurassic Park attraction.

On Twitter, @bioreconstruct is one of the go-to accounts to get photos of construction updates for this Jurassic World attraction. It’s looking like there was some heavy testing of the roller coaster’s highest drop earlier this morning, which was very exciting to see.

Workers with headlamps before sunrise at the pull-through test of cars in the unannounced Jurassic Park roller coaster. pic.twitter.com/9rNMKsmvDx

Something else we also could not help but notice is the stunning views the Jurassic Coaster has of Hogwarts. The coaster’s highest peak intersects the castle so perfectly, from afar it looks like an attraction from The Wizarding World of Harry Potter.

Tall photo (from outside the park )of an unannounced Jurassic Park roller coaster test seen behind Hogwarts. pic.twitter.com/5LfrRHykwu

Although we of course have never ridden the attraction, it looks like Universal and Harry Potter fans can expect to ride this attraction and get some ariel views of The Wizarding World. Since the coaster is not launching from this peak,  the views may only be momentarily seen, but it is something that will give the Jurassic Coaster some re-rideability.

With both Hagrid’s Motorbike Adventure as well as the Jurassic Coaster both having a home at Universal’s Islands of Adventure, it will be exciting to compare the two thrill rides experience and technology. One thing is for sure, no matter what coaster you choose to ride, there will always be a Harry Potter flare. Now we need to add more coasters to Universal Studios!

Are you excited to ride the new Jurassic Coaster? Let us know!