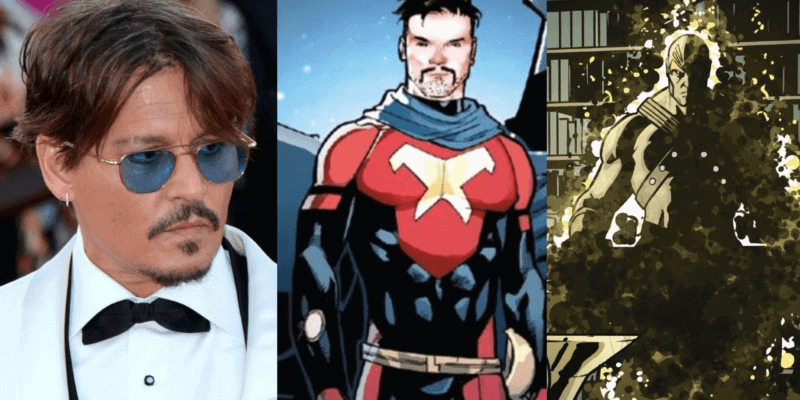 While Jonny Depp continues to work on the Fantastic Beasts franchise it would seem that he may have his sights set on another big universe in the near future if the rumors are true.

Several sources have stated that Depp has been in conversation with Marvel about joining the MCU and we couldn’t be more excited. But who could the esteemed actor be playing in a future movie?

Well, the big rumor is that he could take on the Korvac. Korvac has been linked be the main villain of  Captain Marvel 2. This is more than possible given that characters often involved in the origins of Korvac have already been seen in the MCU. The include Grandmaster (played by Jeff Goldblum), Doctor Strange and The Defenders. Thor is also often involved in the battles against Korvac.

The other rumor is that Depp could be playing Corsair. Corsair is the father of both Cyclops and Havok and leads the Starjammers, a team of space pirates. Given that Johnny Depp will be around 60 when any work with Marvel starts to come to fruition, this is his most likely role at this stage.

To be fair, based on the image below, we could totally see Depp taking on this character!

The last option is Bounty Hunter who is a villain in Ghost Rider. There haven’t been many rumors that suggest Ghost Rider is going to be appearing in the MCU anytime soon (after a big role in Agents of Shield) but it isn’t impossible.

With Jonny Depp’s future as Captain Jack Sparrow still uncertain, we’d love to see him take his skills to the Marvel Cinematic Universe.

Would you be excited to see Johnny Depp in the MCU, which character would you like him to play? Let us know in the comments below!