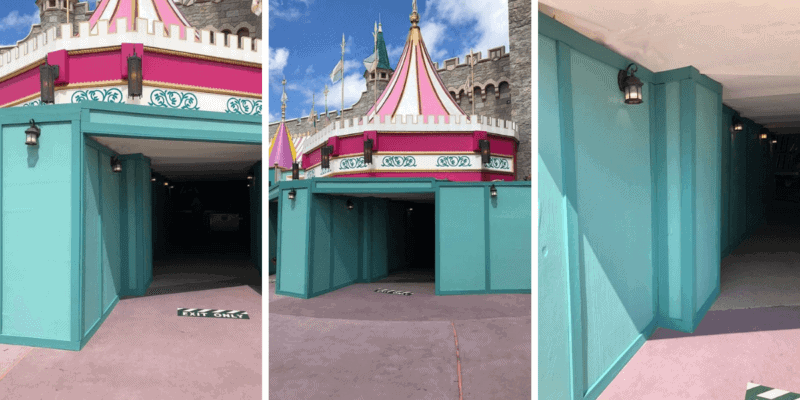 Recently we have updated you on multiple work permits that were filed for the “it’s a small world” attraction located inside Magic Kingdom. We now have some photos to share with you of what the current construction looks like right now!

For reference, the construction permits we reported on were for removal and reinstallment of signage, and also some work being done on the hippo that can be found inside the attraction.

Here is a more clear photo of the exit. We can’t see much but the construction walls for now, but we will keep you updated on this construction! Disney has not officially announced the improvements they are making at “it’s a small world” so we will just have to wait and see.

We also reported on the Main Street Bakery, which is the Starbucks location inside Magic Kingdom, undergoing construction soon. Disney has not said if what exactly these improvements will entail at the Starbucks location, but Inside the Magic will continue to update you as we get more information on the construction going on at the Main Street Bakery!

What do you think Disney could be doing inside “it’s a small world”? Are you excited to see all of the improvements being made inside Magic Kingdom? Let us know in the comments!

Let us help you plan your next Disney vacation!