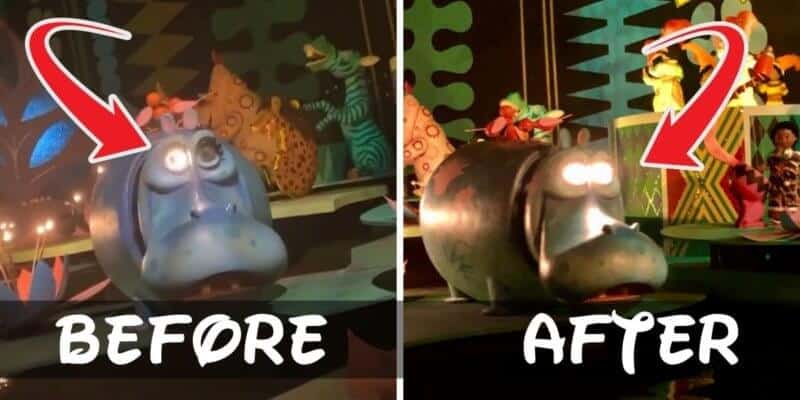 Disney World recently filed a permit for construction work to be on on “it’s a small world” at Magic Kingdom. On the permit, listed under “general description of improvement,” it states “remove and reinstall graphics.”

Now, thanks to a user on Reddit, we can see some work has already begun on the Fantasyland attraction. In the post below, you can see the famous hippo from “it’s a small world” has had some light improvement work done as new LED lights are in her eyes rather than incandescent lights.

For comparison, this is what the hippo looked like prior to the renovations.

Though we aren’t exactly sure the new improvement is related to the permit mention above, the new LED lights definitely did not go unnoticed by Guests.

Related: The Story Behind Disney’s “it’s a small world”