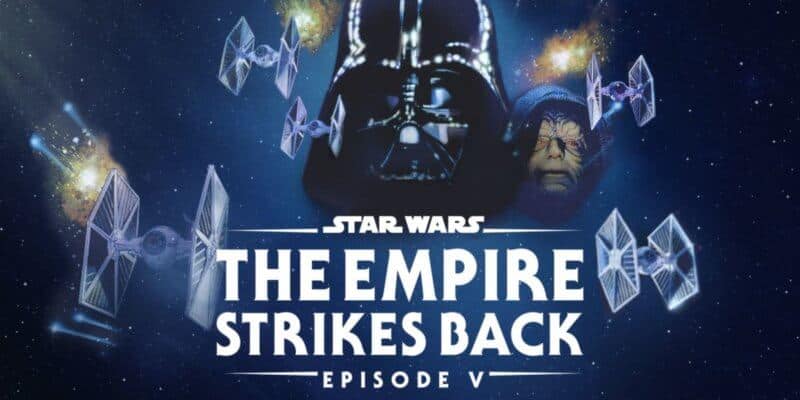 Star Wars fans, this news is out of this world! The Empire Strikes Back is hitting lightspeed as it comes back to theaters in celebration of its 40th anniversary. The film, which first premiered to audiences back in 1980, will get a second chance at telling its epic and intergalactic story once again on the big screen–a story, which began one of the most famous film sagas of all time.

For those who don’t know, the film first introduced the world to the epic story of Star Wars and is also where we first met the legendary space travelers from a galaxy far, far away. These include Luke Skywalker, Han Solo, Princess Leia, Lando Calrissian, C-3PO, R2-D2 and many other legends.

Typically, The Walt Disney Company will not re-release a film in theaters unless its sequel is preparing for release. However, given the film’s milestone anniversary, the company is making an acceptation and we couldn’t be more excited!

According to Comicbook.com, the film was originally set to be released in an upgraded and remastered version in 4K. Although, give the recent pandemic, Lucasfilm was unable to complete this process and instead it will be released in a standard 2K version. It goes without saying, most fans are probably just excited to see the film grace the silver screen one more time, regardless of its screen resolution.

As fans get ready to look backwards with this re-release, many Star Wars fans are probably curious when we can expect a new story in the Star Wars universe. As we shared last year, following the release of The Rise of Skywalker, Lucasfilm has stated the company would be taking a step back from the brand’s film universe and instead move forward with its television series, including The Mandalorian and the upcoming untitled series following Obi-Wan Kenobi.

Will you be heading to theaters to catch Star Wars: The Empire Strikes Back when it re-premieres in select theaters beginning September 25? Let us know in the comments!