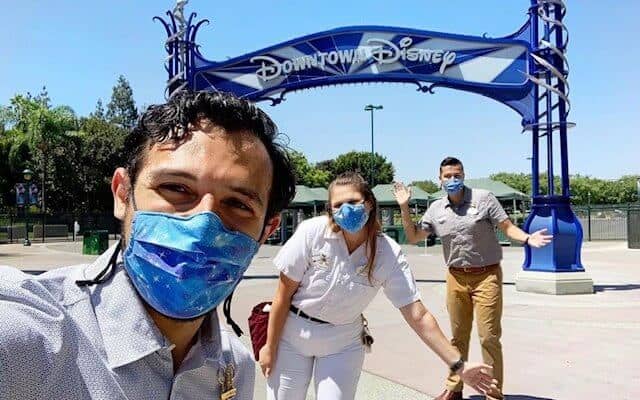 After several weeks of consideration, it is now confirmed that Cast Members at the Disneyland Resort will soon have access to pandemic testing facilities. The news was shared at a Disney Parks safety presentation today, during which officials provided updates on park operations during the pandemic.

Patrick Finnegan, Vice President, Disney California Adventure Park & Downtown Disney District, said, “We are pleased to announce today that we are in the process of finalizing a plan that will allow Cast Members to have access to [COVID-19] testing in their communities.”

Once the plan is finalized, Disneyland would presumably have followed Walt Disney World’s lead in providing testing facilities for their Cast Members and their families.

The Disneyland Resort has made the safety of its Cast Members, going so far as to even provide health and safety care kits for them.

At this time, only the Downtown Disney District is open at the Disneyland Resort and there is still no confirmed reopening date.

It should also be noted that there was no confirmed date or estimated amount of time for when Disneyland Cast Members will be able to get access to that testing. We at Inside the Magic will work to stay on top of this story and will update our readers as soon as an official date for when testing can begin is confirmed.