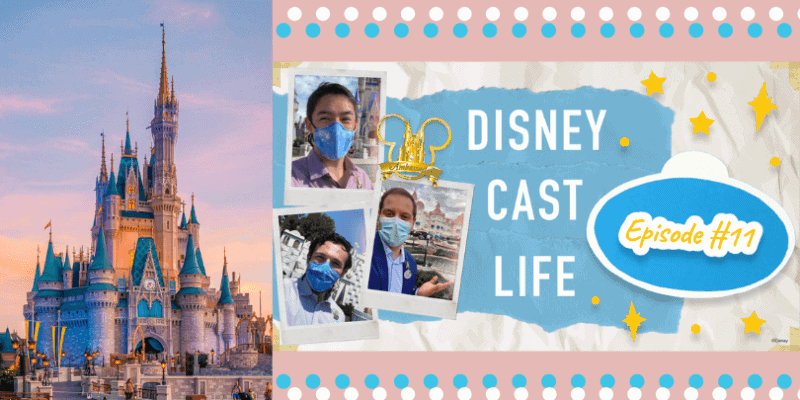 Have you been following along on the Disney Park Blog’s series of magical hashtags this summer? From #Disney Creators to #DisneyMagicMoments, the Walt Disney Company has made a real effort to keep a constant stream of magic coming right to our homes.

These hashtags are filled with countless articles, recipes, and engaging activities that were initially an amazing way to keep the Disney audience engaged during park closures. But now with all of the theme parks in Walt Disney World back open, these hashtags just remain an extra outlet for some deep diving into Disney Magic!

The Disney audience has always had a fascination with cast members — as many recognize the highly important role they play in keeping the magic alive and flowing through each and every Disney park around the world. There have been countless specials following the roles of cast members; one of the most notable being the Disney decorating specials that ran on ABC and are now housed on Disney+. The popularity of those likely led to the audience wanting to know more about the different roles of cast members, which can now be watched through the short series — One Day at Disney. This series follows cast members from various disciplines all over the country, as they explain what their daily work looks like.

Because of the love we all have of cast members, it’s only fitting that the Disney Parks Blog create a hashtag with content specifically dedicated to them. #DisneyCastLife is a video series on their blog which follows Disney Cast Members and Ambassadors behind the scenes. They talk all things Disney and explain some of the new and exciting happenings going on in the Walt Disney Company.

The latest #DisneyCastLife episode starts off with Ambassador Stephen walking through some of the spooky changes coming to the Disney Parks for a slightly unusual — but still magical 2020 Halloween season. This season of fun treats, ghostly decor, and colorful costumes will run from September 15th to October 31st this year. We then get to hear from Chef Julia about some of the inspiration that helps her team come up with their assortment of themed seasonal treats. I already see a few that I’d like to try!

To check this episode out for yourself, and see even more behind the scenes cast member magic click HERE.

Have you been following along with the Disney Cast Life series?