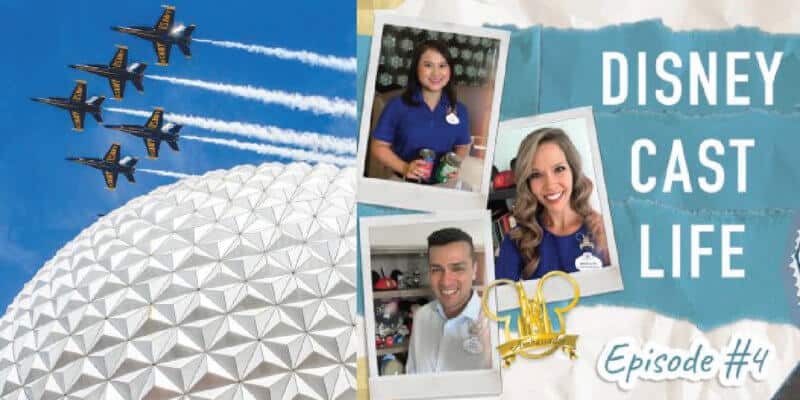 While the parks may be closed, Disney Cast Members around the world are continuing to proudly put on their name tags as they continue to make magic! In a new #DisneyCastLife episode brought to you by the Disney Ambassador Team, Cast Members share how they are finding ways to connect with local communities.

The episode begins with Walt Disney World ambassador Marilyn introducing footage of Shanghai Disneyland’s reopening celebration. Guests and Cast Members alike can be seen eagerly entering the park, posing for photos and interacting with one another.

Next, Marilyn shares Disney’s recognition and celebration of Armed Forces Day. Disney has made it a tradition to recognize the efforts of active duty military and veterans. You may have seen photos recently of the military flyover demonstrations over Disney icons like Spaceship Earth and Cinderella Castle.

Shifting over to Hong Kong Disneyland, Cast Member Melody explains how the resort is continuing to maintain community partnership. Melody describes the efforts in continuing their food donation program with the Foodlink Foundation, in which they were able to donate over 8.5 tons of food since February.

At the conclusion of the video, Cast Member Rafa introduces former Disney ambassador Connie Swanson Lane, who worked with Walt Disney himself! Connie describes the magical opportunity of being asked by Walt Disney himself to be the ambassador of Disneyland. She provides these importance words:

“Disneyland is a work of love. And so, until we can get back to the work we love, stay positive. Stay safe. Stay strong. We’re all in this together.”

If you would like more firsthand accounts from Disney Cast Members as we move forward into the future, follow the hashtag #DisneyCastLife!

Share some of your favorite memories of Disney Cast Members making magic in the comments below!