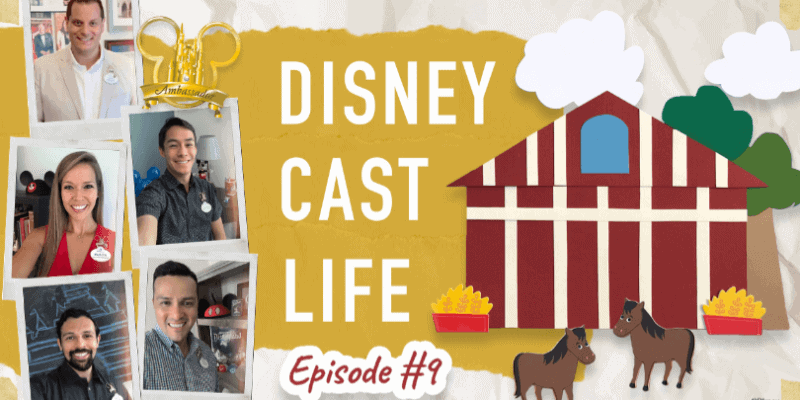 We’re loving all the magic moments from the fun episodes of #DisneyCastLife and the inside look at what it’s like to be a Disney Cast Member.  This latest episode has a lot jam-packed into it from updates at Disney Parks around the world and visiting with a few special Cast Members.  With almost all of the Disney Parks reopened, there’s so much to celebrate.  Even with Disneyland — they just had their 65th anniversary!

The video starts with some updates from Walt Disney World Resort and Disneyland Paris as both have begun their phased reopening in the past couple of weeks.  It’s important to note that there was a shout out to all the Cast Members who are setting a great example by making magic responsibly with all the new health and safety protocols in place.

Through the video, you can see how passionate each one of these Cast Members are not only about what they do, but the Guests and other Cast Members they do it for!

As of July 11, Disney’s Animal Kingdom started welcoming back Guests.  One of the people most excited about making magic again for Guests was a Cast Member at the Kilimanjaro Safaris named Katelyn.  If she sounds familiar that’s because she’s gone viral over the past few months, as she recreated the Kilimanjaro Safaris exactly as you would see it at Disney’s Animal Kingdom, but right from her home.

She expressed how she started missing the animals and the Guests only a few days after everything came to a halt, and we’re sure both the animals and Guests are excited to see her again too!

Now let’s hop over to the other side of the U.S. to a spot we don’t talk about often, Circle D Ranch at the Disneyland Resort.  This small group of Cast Members have stayed hard at work over the past few months to care for the horses.  As the mentioned, they’re a tight knit group that is like family.  What they do with training the horses for their well-beings is nothing short of incredible.