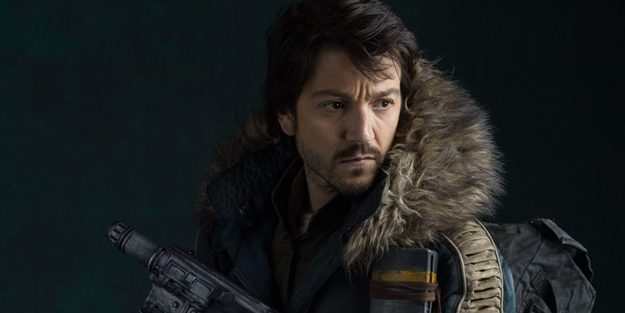 The Star Wars: Rogue One prequel series, which is set to heavily feature Cassian Andor (Diego Luna), has recently seen some major crew changes. Director Tony Gilroy has stepped back from the series and is set to be replaced by Black Mirror director Toby Haynes.

According to a Deadline report:

..be doing so [moving forward with production] with a new director as sources tell Deadline Toby Haynes will helm the first three episodes, replacing Tony Gilroy.

Sources say Gilroy dropped off as director for COVID-19-related travel reasons. Gilroy lives in New York and had to make a decision quickly on whether he would head over to the UK for the shoot; in the end, he thought it would be best that he stay in New York and have Haynes take over his directing duties.

Haynes already was high on the list of directors who would helm future episodes and since he also already was in the UK, all parties thought this would make the most sense. Gilroy will stay very much involved with the series as exec producer and showrunner.

Although the Disney+ Cassian Andor prequel series doesn’t yet have an official release date, we know, of course, that it will be set before the events of Rogue One: A Star Wars Story. Disney has also released this official description:

Follows the adventures of Rebel spy Cassian Andor during the formative years of the Rebellion and prior to the events of Rogue One: A Star Wars Story. Diego Luna will reprise the role of Andor, which he originated in the 2016 film. The rousing spy thriller will explore tales filled with espionage and daring missions to restore hope to a galaxy in the grip of a ruthless Empire.

Although we currently know very little about what will happen in the upcoming Rogue One streaming show, there are several characters from the Star Wars universe who could potentially appear.

Darth Maul (Ray Park) is reportedly being considered for multiple Disney+ Star Wars series and it is possible that Andor could cross paths with Maul himself, or some of his Crimson Dawn cronies, at some point.

Darth Maul factored heavily into Solo: A Star Wars Story. With director Ron Howard confirming that there will not be a sequel, Star Wars showrunners will be looking for other avenues to explore the Crimson Dawn storyline.

Enfys Nest, who appears at the end of Solo as the leader of the Cloud-Riders, could also show-up in the Rogue One prequel in some way. Her brief, yet intriguing, appearance in the standalone Han Solo movie make her rife for more exploration in a future series.

Related: Alden Ehrenreich Claims ‘Solo: A Star Wars Story’ Was Not A Disappointment

What do you think about a new director taking over the Rogue One prequel? What Cassian Andor storylines are you hoping for?

Comments Off on ‘Black Mirror’ Director to Helm ‘Star Wars: Rogue One’ Series