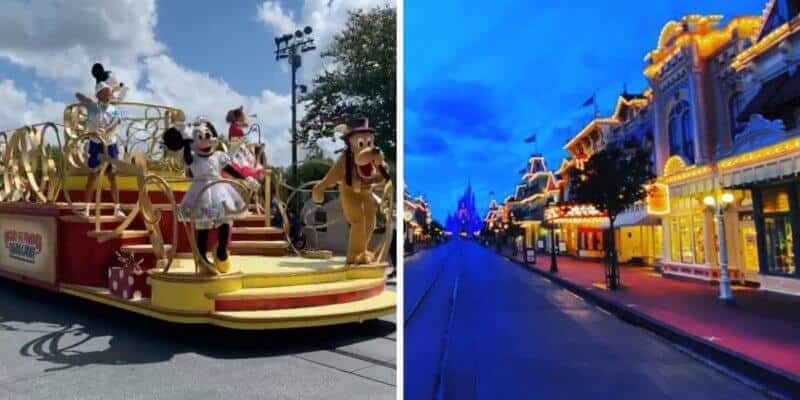 With the reopening of Disney World came several changes including the requirement of wearing a face mask, social distancing measures put in place, plexiglass put up in several areas of the park, limited capacity, the use of contactless ordering of food throughout the parks and more.

However, there was one major change that Disney implemented and that was the elimination of character meet and greets. But just because you can’t give Mickey Mouse a hug doesn’t mean you won’t spot him throughout the parks.

Get your ears on with Mickey, Minnie, Pluto, Donald, and Daisy.

Disney World brought new character cavalcades to its theme parks which pop up randomly throughout the day. However, as more and more Guests become aware of these cavalcades, it’s becoming more crowded especially in places like Main Street U.S.A.

Therefore, Disney World decided to add new social distance markers to help people remain at a safe distance while waiting for Mickey and the gang to roll down Main Street U.S.A. You can see the new white ‘X’s in the Instagram photo below.

Related: Merida’s Horse Gets Spooked During Cavalcade on Reopening Day

Hopefully, these new white ‘X’ markers help Guests remain at a safe socially distance from one another while enjoying the many different pop up cavalcades throughout the day.

Have you visited Walt Disney World since it reopened? Let us know in the comments below.