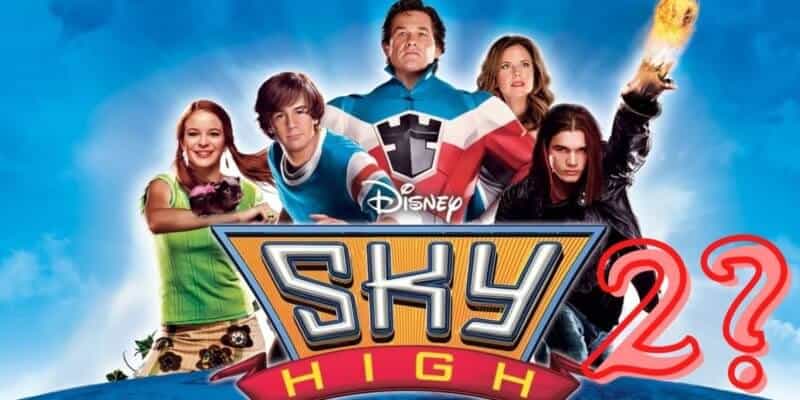 If you aren’t familiar with the movie, the storyline followed a group of teenagers who learned to become superheroes while away at school. The official description reads:

At a school in the sky where teens learn how to be superheroes, Will Stronghold (Michael Angarano) lands in a class for students who show special promise. Classmate Gwen (Mary Elizabeth Winstead) quickly cozies up to Will, but it’s soon clear that she has other motives. When he learns that Gwen’s mother is a villain who was defeated by his father, Steve Stronghold (Kurt Russell), Will realizes that Gwen is aiming for revenge, and he rushes to a school dance in the hope of stopping her.

It’s been 15 years since this Disney movie made its debut, but is it finally time for us to see a sequel? With Disney+ being a huge success for the company, and with the streaming service already developing other spin-offs and original films — This could very well be a possibility. But the fans aren’t the only ones who want to see a sequel!

In a recent interview with Inverse, Sky High writer, Mark Mccorkle, spoke out about the possibility of a sequel to the beloved film. He said:

“To me, it’s a very natural fit for Disney+, and over the years we always thought maybe a sequel could happen one of these days.  There was always a belief that this was a rich enough world to keep going with new ideas. At least Mike seems to believe it. I guess if the film still has that same affection of people watching it and streaming it on Disney+, who knows. Maybe if the people speak, their wishes will be answered.”

Although nothing has been confirmed at this point in time, fans everywhere are hoping Disney listens and creates this highly anticipated and long-awaited sequel.

If you’ve never seen the popular 2005 Disney movie, Sky High, you can look forward to streaming it later this year when it hits Disney+. If you aren’t yet subscribed, you can get started here.

Do you want to see a sequel to Sky High? Let us know in the comments below.