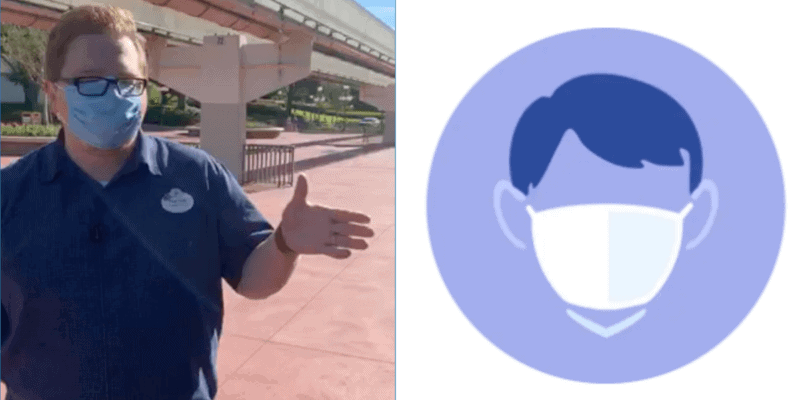 On August 6, Richard Ross and his family arrived at the Walt Disney World Resort for a family vacation. Everyone was wearing masks except one: Ross’s seven-year-old daughter who has autism.

The Ross family was under the impression that Disney would still let their daughter in under a special exemption, however, they learned this was not the case.

According to a video that Ross recorded and later shared online, the conversation with a Walt Disney World Cast Member went like this:

“Can my daughter — who is autistic with sensory issues —enter your park without a mask because she medically can’t wear a mask?” Ross said.

“Sir, I apologize, I know you’re frustrated,” the Cast Member says in the clip. “At this time…at this time we ask that anyone entering our park …”

Ross cuts him off, saying, “Just answer the question: Are you refusing to follow the Americans with Disabilities Act laws?”

The video recording of Ross’s conversation with the Disney World Cast Member can be viewed here, as it appears to have been removed from social media.

At the time of this article’s publication, Walt Disney World Resort has not publicly issued a statement in response to the incident.

This situation outside Disney’s Magic Kingdom theme park took place only a day after a family was asked to leave a Disney store in London because their six-year-old with autism was not wearing the mask correctly.

A Disney spokesperson released a statement in response, saying:

“We are always focused on the health and safety of our Cast Members and Guests. At all of our Disney stores we have implemented a number of enhanced measures, including a face covering requirement. During these unprecedented times we all have a shared responsibility to do our part. We regret the family was disappointed.”

It’s important to note that Disney’s health and safety regulations at Disney Stores, Disney Parks, Disney Resorts, and other Disney properties are in place for the well-being of everyone during this pandemic. Cast Members have been trained to enforce and abide by these protocols.

Related: Snow White Brings True Compassion and Kindness to an Encounter with an Autistic Child with Microcephaly

According to the Disney World website, the mask mandates are stated as the following:

However, know that every person is different, so not every Disney Guest will have an easy time adjusting to the face coverings requirement, among the other extensive measures in place. We have heard stories Disney allowing children with disabilities to enter Downtown Disney, for example, if they are wearing a face shield because they are otherwise unable to wear a face mask. Keep in mind though that it is important to be aware of the face covering guidelines when planning a trip to any Disney property.

If you are planning a trip to Disney World and are concerned about someone in your party being able to wear a mask for the entire day, we recommend checking Disney’s face mask policy as well as Disney’s Disability Services for more information on how to still get the most out of your Disney day.