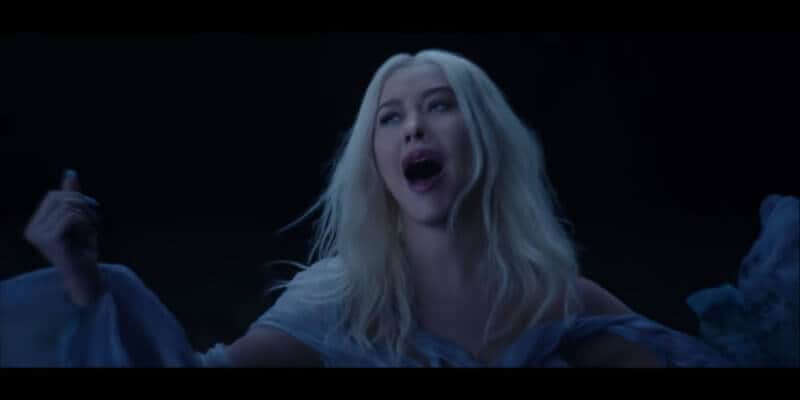 Christina Aguilera, who originally sang hit song ‘Reflection‘ for 1998’s Mulan, has debuted a new version for the upcoming release of the live-action film.

The long-awaited live-action film, ‘Mulan’, is just one week away from its release. Although the premiere of this film has had some setbacks in release dates, the wait is almost over. Mulan will be available for streaming on Disney+ starting September 4th, 2020. The film will be available to Disney+ subscribers for a cost of $29.99. However, now fans can see some stunning shots of Disney’s ‘Mulan’ in Christina Aguilera’s ‘Reflection‘ music video.

Grammy winning artist, Christina Aguilera, who first recorded ‘Reflection’ for the animated release of Mulan is back! The singer has recorded a new version of the song that has seemingly stood the test of time.

This new version of ‘Reflection’ comes to us after the release of a new song for the live-action Mulan. Aguilera recorded and original song for the new film, ‘Loyal Brave True‘. The singer will be performing both songs on Good Morning America on Monday, August 31st. It’s safe to say that both songs will appear on the upcoming film’s soundtrack as well.

The live-action Mulan will differ from the animated original in a few ways, but mainly due to the fact that it will not be a musical feature. However, with the release of these new songs and this action-packed film set to an amazing score by Harry Gregson-Williams, fans will be able to appreciate the nostalgia and celebrate the new.

Director Nick Caro‘s of Disney’s Mulan tells the tale of a young woman who risks it all out of love and to bring honor to her family. Hua Mulan serves as a warrior in her ailing father’s place. Disguised as a man, she finds the strength to overcome all obstacles in her way and to make her family proud.

Disney’s Mulan will be available on Disney+ starting September 4th, 2020. Are you going to watch? Let us know in the comments!