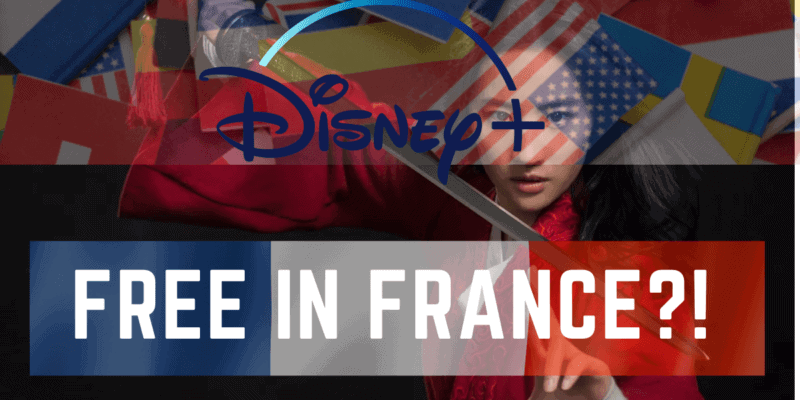 Disney has confirmed that the live-action remake of Mulan will be launching on Disney+ rather than theaters in certain regions. Yes, you already knew that, but what has been confirmed today is that the Mulan European pricing structure will be different to the U.S.

Very different, in fact. If you live in France for example, you get Mulan on Disney+ at no extra cost.

But what are the different costs for viewing the Mulan remake in European territories and why has this decision been made?

Mulan will launch on September 4 on the Disney+ streaming service

The movie is finally seeing the light of day after numerous delays, but the controversy is far from over. American Disney+ subscribers will have to pay $29.99 for the film as previously reported.

However, it has now been revealed that users in the UK will pay just £19.99. With the current exchange rate, this means that English Disney fans will pay around $26.00 for Mulan. Similarly, New Zealand subscribers will pay NZ$39.99, which also equates to just above $26.00.

Other European territories have Mulan priced at €21.99 which, again, equates to just over 26 dollars.

The real kicker is France, which has been confirmed to get Mulan on Disney+ for no extra charge. The trade off is that it will not be immediately available in that region.

Related: Can Disney Make Its Money Back on ‘Mulan’ Streaming?

You’ll recall that Disney CEO Bob Chapek echoed these words on an earnings call in August, where he said that Mulan‘s “price point will be $29.99 in the U.S. and will vary slightly in other countries.” Well, there we have it; $3.99 is within the realms of slightly varied. Though, $29.99 more expensive than France is certainly something altogether different.

The delayed release of Disney‘s Mulan was a result of the global pandemic, which saw wary audiences abandon the theater as countries quite rightly locked down. After having its release date pushed back a handful of times, Disney announced that the film will be released exclusively on the Disney+ streaming service in markets that have Disney+, and in theaters in markets without the streaming service.

The story of the honored warrior will hit movie theaters in China, where a theatrical release was deemed a profitable venture. China also does not have access to the Disney+ streaming service, while most European countries do.

Disney‘s decision has been relatively controversial, particularly for the precedent a “Premier Access” strategy may present for future releases. Right now, Mr. Chapek says the move remains a one-time deal.

As it stands, The New Mutants and Black Widow are still set for a theatrical release. They release in North America on August 28 and early November respectively.

Let’s hope the pandemic doesn’t hurt this movie any more and American fans from Los Angeles to New York can finally enjoy it, albeit at a slightly higher price point.

Mulan is a live action remake of the 1998 animated film of the same name. It’s director Niki Caro has been vocal commenter on the gender pay gap in Hollywood and is seemingly a good choice for the live action remake, a film about a strong, independent woman.

Which country do you live in? Does the Mulan European pricing strategy benefit you? Let us know in the comments below.