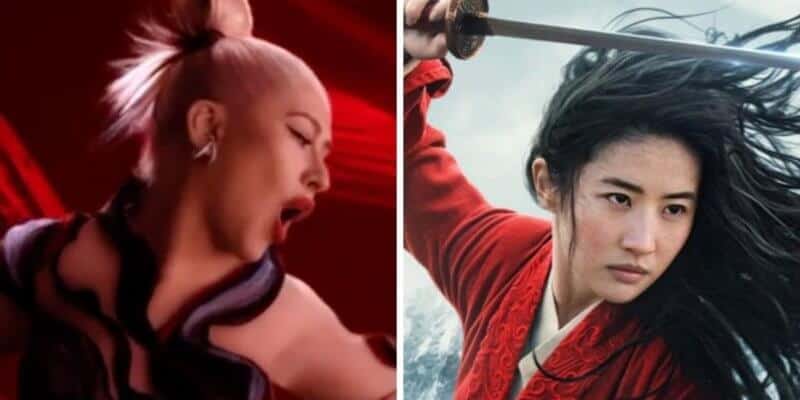 As many of you Disney fans may know, Christina Aguilera recorded a single version of Reflection, from Disney’s animated movie, Mulan. Aguilera was 17 at the time and this single was actually the singer’s first single ever released. The success of Reflection then led to Aguilera recording and releasing her very first album with RCA.

The single went on to become one of the most popular versions of the song, and back in February Inside the Magic reported that Aguilera will be making a return as she records new music for the live-action version of Mulan.

And just this morning, the company released the full-length music video to go along with the original song. Throughout the video, you will see Christina Aguilera as well as clips of Yifei Liu, who plays Mulan in the upcoming live-action Disney film. You can check it out below.

According to the official press release:

As previously announced, in addition to “Loyal Brave True,” Aguilera also performs a newly-recorded “Reflection (2020).”  Both songs will be featured in the film and on the Walt Disney Records soundtrack, with score composed and conducted by Harry Gregson-Williams, set for release on Sept. 4, 2020. Stream “Mulan” on Sept. 4 exclusively on Disney+ with Premier Access (Disney+ subscription and additional fee required).

“Reflection (2020)” is produced by Gregson-Williams.  The original 1998 classic was written by David Zippel and Matthew Wilder.

Music from both songs is featured in Harry Gregson Williams’ underscore with Aguilera’s full-length versions appearing in the film’s custom main-on-end title design.

Did you enjoy the music video to “Loyal Brave True”? Are you excited for the upcoming live-action film? Let us know in the comments.