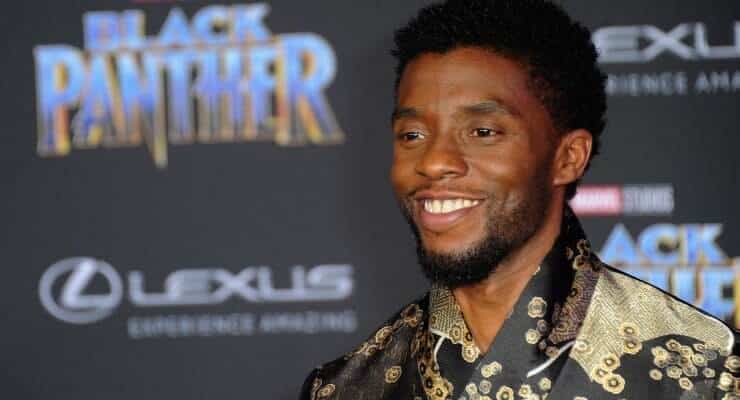 Chadwick Boseman’s death has shaken the world of Hollywood, as the Black Panther star died at the tragically young age of 43. Tributes from celebrities and fans alike have been non-stop since the announcement on Saturday morning. Fans have also paid tribute to the star by watching his most famous film, which has seen a huge increase in Black Panther VOD sales. 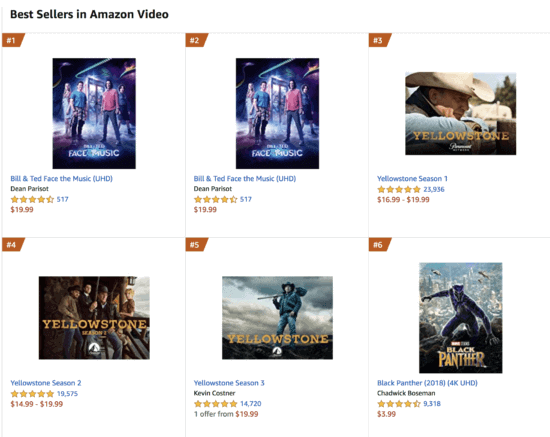 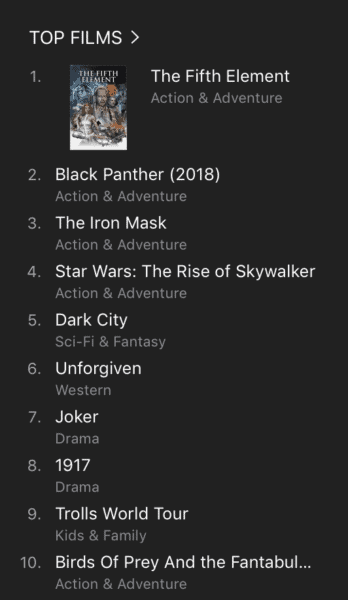 Black Panther has quickly risen up to the top end of the VOD charts and currently sits in sixth place on Amazon’s best selling movies list. It is currently 2nd on the iTunes Top Movies charts. 42, another movie starring Boseman is also popular on the iTunes chart, while 21 Bridges (another Boseman film) is highly ranked on Amazon.

To see a film from 2018 like Black Panther rise up the VOD charts so quickly is a testament to Boseman’s unending popularity, particularly when its up against brand new features like Bill and Ted Face the Music.

This reaction is both sad and empowering. On the one hand, it’s a constant reminder of the tragedy of Boseman’s death, but it also shows just how beloved the actor was by fans across the globe. The star will forever be remembered as the Black Panther and for his starring role in Avengers: Endgame, a film which overthrew the likes of Star Wars: The Force Awakens and even Avatar at the box office.

Black Panther may have only appeared near the film’s end, but Boseman’s performance certainly made an impact. Disney Plus users will also likely be flocking to watch Black Panther this week in honor of the fallen star.

The increase of Black Panther VOD sales is just a small part of the ongoing testimony to the cultural impact of Boseman’s career. TBS showed the movie twice this weekend in honor of the Infinity War star’s life, while ABC aired a new special, Chadwick Boseman – A Tribute for a King.

Tributes to the actor have been plentiful, with kind many an emotional tribute coming from the likes of Robert Downey Jr., Kevin Feige, and Ryan Coogler to name just a few. Chadwick Boseman’s final Twitter post has even made history as the most liked tweet ever.

It’s clear that the actor who brought T’Challa to life in the MCU will be remembered for so much more. The fact that so many people are watching Black Panther again in his honor speaks louder than any words could.

What is your favorite Chadwick Boseman movie? Let us know in the comments below.