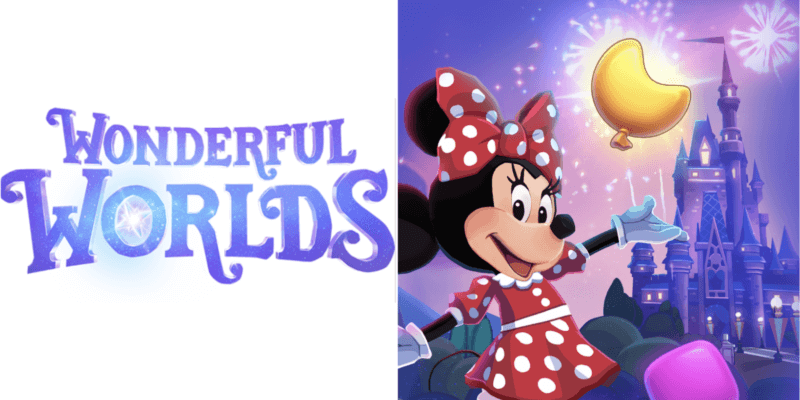 Now, Canadian game developer Ludia is releasing a brand new mobile game called Wonderful Worlds. The game combines theme park building and match-three levels for a unique style of gameplay unlike anything else in the Disney gaming universe right now.

Vice President of Disney and Pixar Games Luigi Priore said, “We’re proud to be working with Ludia to deliver a new Match-3 game for Disney fans around the world. Disney Wonderful Worlds will give players the chance to “Wish Upon a Star” and build beloved lands that have delighted millions of Guests over the years.”

Screenshots of the game available on the official Disney Wonderful Worlds website give players a glimpse of what they have to look forward to when the new iOS and Android game releases.

The Ludia team also provided a look at some of the iconic Disney characters that Wonderful Worlds players will be able to collect. They include Fantasyland Mickey, Beast, Jack Sparrow, Alice, Aladdin, Goofy, and more.

Finally, players can see how some of the lands will look once they start placing Disney rides and attractions in their digital theme parks. Cheshire Cat is seen on top of a restaurant in Fantasyland and a pirate ship, possibly the Black Pearl, can be seen in Adventureland.

Ludia CEO Alexander Thabat expressed excitement about the upcoming Disney mobile game, saying, “We’re thrilled to bring the magic of Disney Parks to players everywhere in our newest title, Disney Wonderful Worlds. Our team has been working closely with Disney and Pixar Games to capture the enchantment of Disney Parks attractions and beloved Disney and Pixar characters in this exciting new puzzle game.”

Comments Off on Create Your Own Disney Park with ‘Wonderful Worlds’