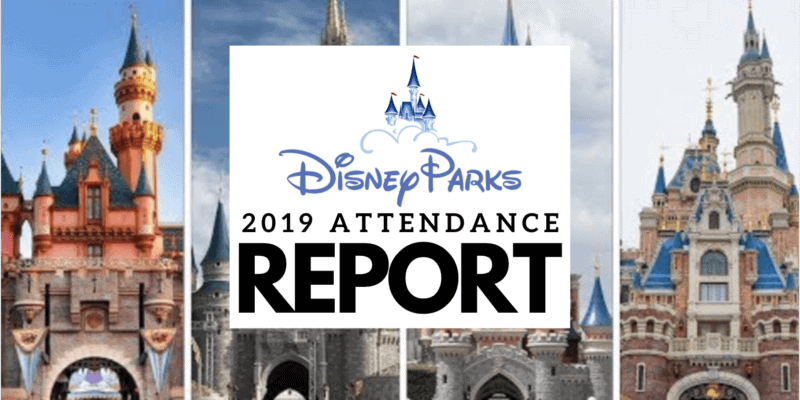 Every year, the Themed Entertainment Association (TEA) puts out a global theme park attendance report that both interests theme park fans and serves to help industry insiders plan for upcoming years. The TEA/AECOM metrics are widely considered the industry standard for gauging attendance and growth for theme parks around the world.

The TEA report for 2019 has just released and contains somewhat surprising information about the two domestic Disney Resorts: Disneyland Resort in Anaheim, California and Walt Disney World in Orlando, Florida.

None of Disney’s U.S. parks experienced notable growth in 2019. This is not entirely surprising, as it is likely a product of the Walt Disney Company focusing on providing exceptional experiences for Guests rather than worrying about sheer numbers.

It is, nonetheless, intriguing, particularly given the limited capacity at which all of Disney’s worldwide theme parks are currently operating.

Numbers for Disneyland Resort in 2019:

In spite of the relatively flat 2019 Disney Parks attendance numbers, there are only 2 theme parks out of the world’s top 10 that are not Walt Disney Company properties.

It is worth noting that Disney’s Hollywood Studios experienced the most growth of any American Disney theme park in 2019. This is undoubtedly due to the opening of the Star Wars: Galaxy’s Edge land in August of last year.

Related: Why Galaxy’s Edge will be more popular at Walt Disney World

Galaxy’s Edge remains incredibly popular, in large part due to the Rise of the Resistance attraction, and reservations for DHS have quickly been filling-up in the new Disney Park Pass system.

If these flat attendance numbers have you worried about how Disney is faring in the global theme park market, however, there’s no need. The Walt Disney Attractions theme park group remains number one in the world by a long shot.

Due to all of the theme park closures around the world in 2020, next year’s Themed Entertainment Association report will be an especially interesting read.

What do you think about 2019 Disney Parks attendance worldwide? Tell us in the comments!

Book a trip to the Disney Parks with the Authorized Disney Vacation Planners at Academy Travel!