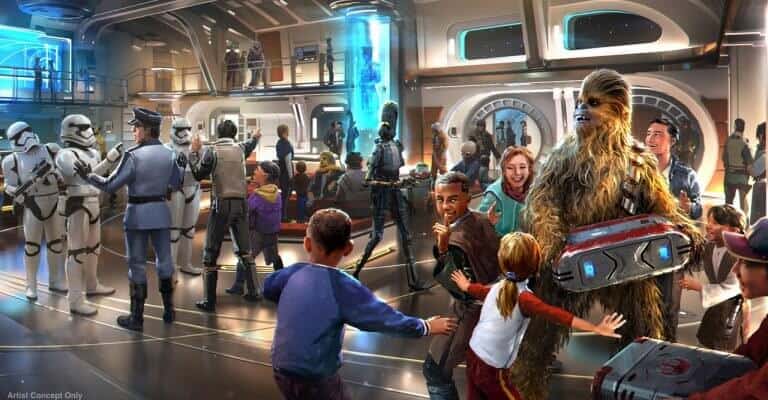 We’ve been waiting to hear more news about Disney’s new Star Wars hotel for months. Thanks to a new permit, we have hope that construction crews will make progress on the new hotel and fans will get to experience it soon at Walt Disney World Resort.

The Star Wars: Galactic Starcruiser “is a new type of immersive vacation that only Disney could create – a two-night, cruise-style itinerary where you’ll become the hero of your own adventure in an experience that surrounds you 24/7 in Star Wars storytelling,” Disney said in an announcement back in 2019.

Disney also has a full web page dedicated to the Star Wars: Galactic Starcruiser, which you can take a look at here.

So what is the permit for?

The new permit is filed for “Project H: Installation of Show Set Elements,” and you can view it in full here. We have previously shared the news of other permits filed for set installation at the Galactic Starcruiser, so seeing that more will be installed is very exciting. Of course, these permits don’t tell us exactly what elements are being installed at the new hotel, but seeing as we know this will be a highly immersive experience at Walt Disney World Resort, we have no doubt that the show set elements will be incredibly impressive.

“To get from Star Wars: Galactic Starcruiser to Star Wars: Galaxy’s Edge and back, you’ll remain fully in-story as you step aboard the transport ships designed specifically for this new immersive experience…It will connect you directly to a spaceport at Black Spire Outpost on Batuu, where the story you began in the starcruiser will continue and evolve while exploring the 14-acre land at Disney’s Hollywood Studios,” Disney describes.