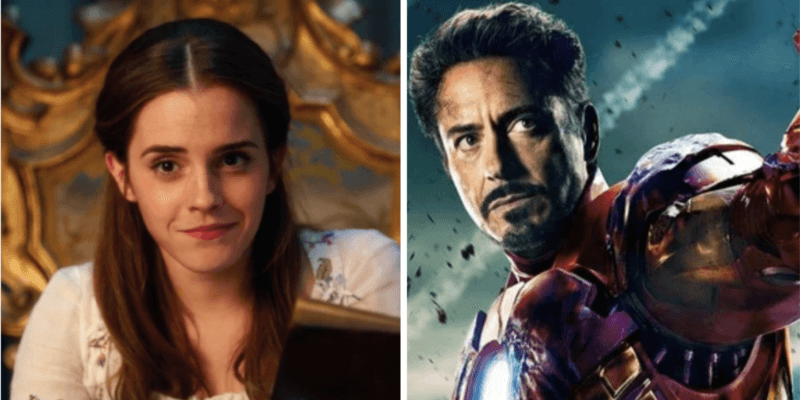 Two movies under the Walt Disney Company umbrella were on top at the box office this weekend. Disney’s live-action Beauty and the Beast (2017) and Marvel’s Iron Man (2008) brought in $467K and $430K respectively.

Beauty and the Beast showed at 527 locations nationwide and Iron Man showed on 462 screens. As per a Deadline report about the weekend box office take, the Emma Watson version of Beauty and the Beast earned “$174.7M on March 17, 2017. The movie continues to hold the March record for the best domestic opening ever; its running lifetime cume now at an estimated $504.5M.”

Disney also topped the box office last weekend with the pandemic rerelease of Star Wars: Episode V – The Empire Strikes Back. Deadline pointed out the differences in how Walt Disney Studios is handling movie releases right now compared to other major studios, such as Universal and Warner Bros.

They noted, “What’s occurring recently in regard to reissues is that studios like Universal, Warner Bros, and Sony are keeping their catalog titles weekly in the marketplace whereas Disney seems to be releasing certain titles widely for a given weekend, i.e. last weekend’s champ Empire Strikes Back made just under $1K this past weekend…”

Due to the continued spread of the global pandemic, the majority of movie theaters that are open in the United States right now are drive-ins. These allow for social distancing protocols to occur.

Many major movie theater chains like AMC have altered their reopening plans to coordinate with the delayed releases of major motion pictures like Disney’s live-action Mulan and Warner Bros. Tenet by Christopher Nolan.

According to Deadline’s reporter,”between 1.2K and 1.5K movie theaters were open this past weekend out of the nation’s 5K supply.” It has been 18 weekends since the pandemic officially closed the vast majority of U.S. movie theaters. The long-term impact of the COVID-19 outbreak on the film industry and the movie theater industry remains to be seen.

What do you think about reissued Disney movies topping the box office right now?