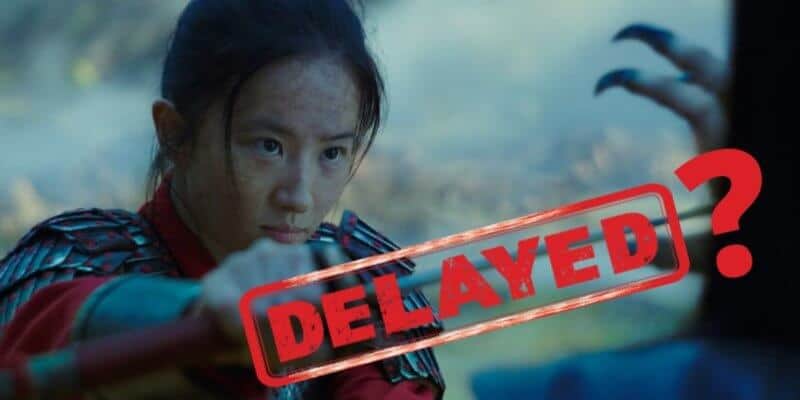 We recently reported that The Walt Disney Company confirmed that the theatrical release for the live action Mulan has been pushed back again. Originally slated for a March 27, 2020 date, and then a July 24, 2020 date, Mulan is now expected to hit theaters on August 21, 2020.

But now, according to some recent research, Disney could possibly delay Mulan once again. According to CNBC, when movie theaters reopen, they are aiming to open between two to four weeks ahead of the theatrical releases to allow time for employees to retrain and implement new safety protocols and social distancing measures. This is why Mulan has been delayed from July 24 to August 10, but with no theaters really reopening at this time, the fear is that the live action Disney film may get delayed once again.

Another take is from Doug Creutz, a Cowen analyst, who feels Disney won’t be releasing any films until 2021. According to The Hollywood Reporter, Creutz said he expects Disney won’t release any films “in fiscal year 2020”.

“We now expect domestic theaters to be largely closed until mid-2021, in part because we don’t think studios will be interested in releasing their largest movies into a capacity-constrained footprint,” he said.

Are you excited for the live action Mulan to hit theaters ? Let us know your thoughts in the comments.