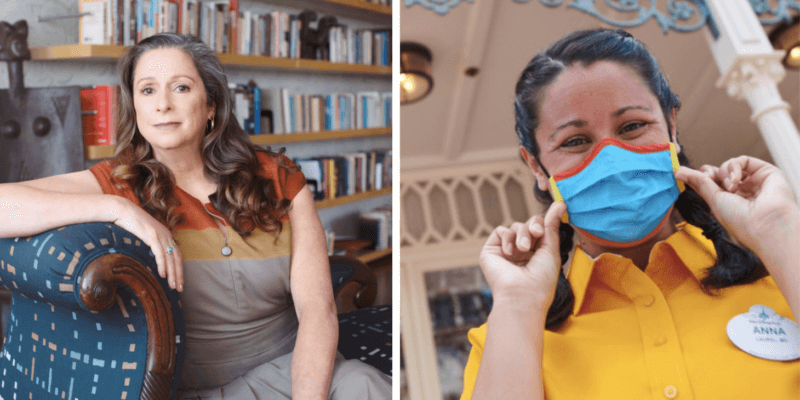 Disney heiress Abigail Disney has already spoken with CNBC about her confusion regarding the reopening of Walt Disney Company theme parks around the world, specifically referencing Walt Disney World Resort in Orlando, Florida.

While appearing on Squawk Box, Abigail Disney said, “I’m confused about how they think they can possibly protect their guests and their employees as state coronavirus cases soar.”

Now, Abigail has spoken to CNN’s Richard Quest and has flat out accused The Walt Disney Company of endangering its behind-the-scenes workers and theme park Cast Members.

Abigail Disney, who is the granddaughter of Walt’s brother Roy Disney, stated, “Disney is doing here is what businesses across the board have been doing for too, too long. I can’t sit silent when profits run in front of workers and people.”

The documentary filmmaker and worker’s rights advocate continued, “If you in the C-suite look upon an hourly worker at minimum wage as your equal, as a human being with the same rights and dignity that you have, I think you’d be very slow to … ask them to come in with asthma, with diabetes, with all sorts of pre-existing conditions and not provide them the testing that they are asking for. ”

Disney was referencing the fact that she believes the company is not providing proper safety measures and ample COVID-19 testing options for Disney World workers.

While Disney World is taking a variety of safety precautions, including social distancing regulations and mandatory face masks, to protect Guests and Cast Members, Abigail Disney is not the first to express concern about the popular theme park destination reopening amid Florida’s coronavirus spike.

The state has recorded upwards of 10,000 cases per day for over a week, although none of these confirmed virus cases have been directly linked to Walt Disney World or Universal Studios Florida at this time.

It bears noting that Disneyland Resort in Anaheim, California remains closed for the time being.

CNN reports that Disney Executive board members have not commented on Abigail Disney‘s opinion of how the company has handled the coronavirus outbreak. She has previously spoken out against “egregious bonuses” and gone to bat for all of Disney’s hourly employees when she feels they are not being treated fairly within the Disney community.

What do you think about Abigail Disney saying The Walt Disney Company is endangering workers’ health? Do you agree with the Disney heiress that the parks should have stayed closed longer amid the coronavirus pandemic?

Comments Off on Company Heiress Accuses Disney of Endangering Workers