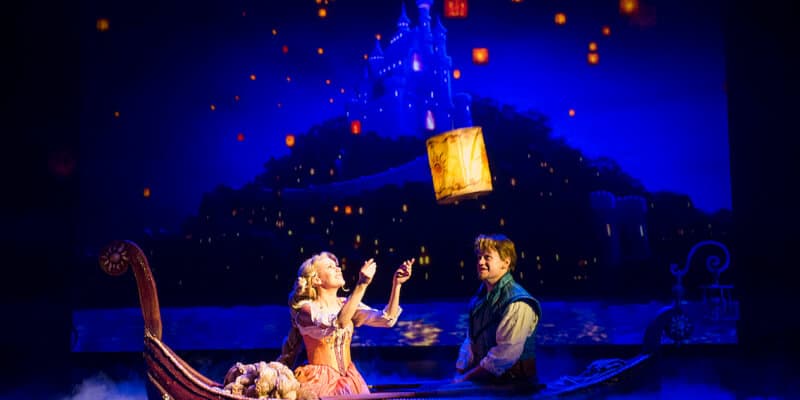 #DisneyMagicMoments is bringing a fantasy adventure at sea to your living room! Now, you can stream Disney Cruise Line’s Tangled: The Musical on YouTube.

The show, based on the 2010 Disney animated movie Tangled, first premiered on Disney Cruise Line in 2015 and features three songs that were made especially for the show and not the film, including: “When She Returns”, “Flower of Gold”, and “Wanted Man.”

The songs are from the Academy-Award winning composer Alan Menken and lyricist Glenn Slater, the fantastic musical duo also wrote and composed the original music of Tangled.

Tangled: The Musical replaced Villains Tonight!, which told the tale of Hades as he attempted to hold onto the title of “Lord of the Underworld.” The show featured Ursula, Scar, Yzma and Kronk, The Evil Queen, Maleficent, Captain Hook and Mr. Smee, Cruella De Vil, Jafar, and Iago.

Two previous presentations included a special stream of a previous recording of Happily Ever After fireworks show at Disney’s Magic Kingdom and Disney Illuminations fireworks show from Disneyland Paris!

In addition to these special showings, the #DisneyMagicMoments initiative also includes a free website that allows users to experience Disney, Pixar, Star Wars, Marvel, and National Geographic with stories, videos, and activities to inspire imagination and discovery among kids, fans, and families alike.

Will you be streaming Tangled: The Musical tonight with your loved ones? Let us know in the comments!