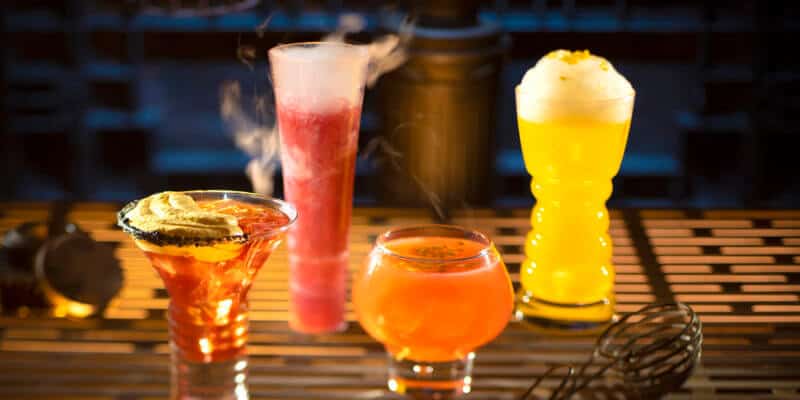 If you have a trip to Disney World coming up this summer, you’re in luck. Thanks to a recent Florida update, you will be able to experience your favorite Disney World bars when you return to the Most Magical Place on Earth.

We previously shared that certain bars at Walt Disney World (including the Disney-owned and operated Jock Lindsey’s Hangar Bar and Dockside Margaritas at Disney Springs) had closed due to the state of Florida’s order at the end of June. Now, we’ve received an update that allows for Jock Lindsey’s Hangar Bar at Disney Springs, Oga’s Cantina at Disney’s Hollywood Studios, and other bars to operate at a limited capacity.

The state of Florida had issued an order for bars to close if they made 50% of their gross revenue from the sale of alcohol. This meant that Jock Lindsey’s, for example, had to close, and this was going to presumably impact Oga’s Cantina at Star Wars: Galaxy’s Edge once Disney’s Hollywood Studios reopened on July 15.

Effective immediately, the Department of Business and Professional Regulation is suspending on premises consumption of alcohol at bars statewide.

But now, however, this has changed. Just a few days ago on July 1, the order was amended so that vendors who sell both alcohol and food are allowed to operate at 50% capacity. Because Jock Lindsey’s at Disney Springs sells food in addition to alcoholic beverages, it was allowed to reopen today. And because Oga’s Cantina also sells food (even though a majority of visitors only purchase beverages at that bar), it will be allowed to reopen at Hollywood Studios in just over a week.

So not to worry if you were planning on heading to Jock Lindsey’s at Disney Springs this week or if you have been itching to get into Oga’s Cantina this summer at Disney World. It looks like these are and will be available to you.

We’ll continue to update Inside the Magic as more information regarding Disney World and Florida state operations becomes available.