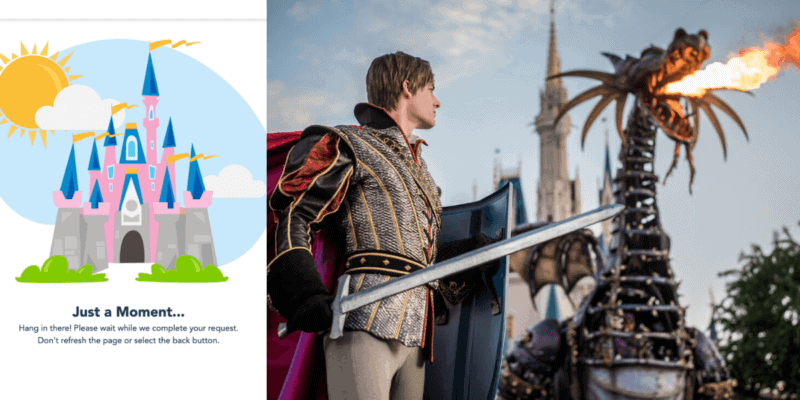 The Walt Disney World Resort’s Disney Park Pass System is now in its third day of operation, and as Disney Resort Guests began claiming — or attempting to claim — their park days, complaints have emerged across the internet. But now, Disney has responded.

The reservation system had no such glitch. Disney had made the system available Monday first for people with a previous Disney World resort reservation, the spokesperson said. The system will be available for annual pass holders this Friday and for the general public on Sunday.

People who couldn’t reserve Monday probably thought it was a glitch, but in reality, they were likely trying to book before it was their turn, the spokesperson said.

This explanation follows Inside the Magic’s report yesterday on the reason for glitches which reminded Guests with Hotel Reservations that they can only make park passes on the same days as their resort stay. But not all of the unavailable dates seen are caused by glitches.

“Passes to Hollywood Studios are already sold out for the first three days of the reopening, the Disney spokesperson confirmed,” CBS Reported, “Disney will make more space available for annual pass holders and the public later this week, the Disney spokesperson said. Until then, the reservation system will show fully booked time slots for annual pass holders who try logging on before Friday.”

We also confirmed that more park passes will be made available this Friday — you can read our report here.

Annual Passholders without a Disney Resort Reservation will be free to secure their park passes as early as Friday, July 26. But unlike Disney Resort Guests, Annual Passes will be restricted to only claiming three-days-worth of park passes at a time. Two days later, all preexisting ticket holders will get their turn.

As a reminder, Park Hopping is suspended for the time being and Disney’s Park Pass System only allows Guests to visit one park per day.

We also understand that in uncertain times like these, it is extremely beneficial to have some professional help. That is why we continue to recommend our friends at Academy Travel. Backed with years of experience and award-winning customer service, Academy’s Agents provide the expertise needed to help you sail smoothly through this reservation system and still manage to have the most magical vacation possible. Click here to learn more and receive your free, no-obligation quote today.

Comments Off on Disney Responds to Park Reservation Issues