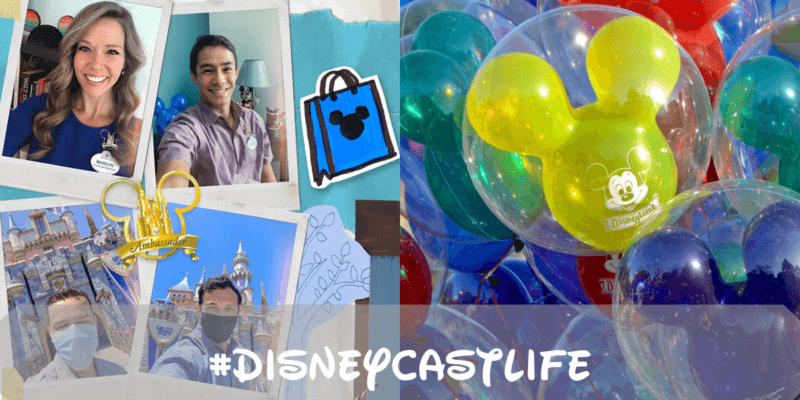 As the Walt Disney World Resort and the Disneyland Resort make preparations for reopening in July, Disney Parks and Resorts gives us a special look at the magic makers at work.

Following last week’s special edition of #DisneyCastLife to celebrate the reopening of Hong Kong Disneyland, we now turn to Disneyland and Walt Disney World Resorts where excited cast members are busy working together and preparing to create Disney magic for returning guests at parks and resorts.

Disney Ambassadors, Justin and Rafa, kick things off with inspiring messages from cast members anticipating the chance to welcome guests back.  And along with the good news from Disney parks, we also talk with cast members at the Disney Store as it begins a phased reopening of select locations.

This episode of #DisneyCastLife takes viewers around the Walt Disney World Resort in Orlando, Florida, and the Disneyland Resort in Anaheim, California, to hear from the Cast Members themselves about how excited they are to have the Guests returning to the theme parks.

This episode also took us into one of the select Disney Stores in the US to speak to the Cast Members there. Every Cast Member is already wearing a mask, but the mask can’t hide their enthusiasm to have Disney-loving fans and kids of all ages back. Many of them also mentioned their excitement to see frequent Guests they have befriended.

This is just the latest episode of Disney Parks’ #DisneyCastLife segment. After sharing multiple videos to spread good cheer from their homes to yours during the closures, #DisneyCastLife has been having its Disney Ambassadors back in the parks as each resort prepares to reopen. Inside the Magic recently shared Disney Cast Life’s look into the Shanghai Disney Resort’s reopening from its Ambassadors there.

But now there is even more to be excited about. Both Disneyland Paris and Tokyo Disney Resort announce their planned reopening day. That means that every single Disney Resort around the world has decided to end their closures caused by global pandemic this summer.

Do you have any Cast Member friends? Cast Members, have you befriended any Guests? Are you excited to see them once again in the parks? Let us know in the comments!

Comments Off on Disney World, Disneyland CMs Excited for Reopening