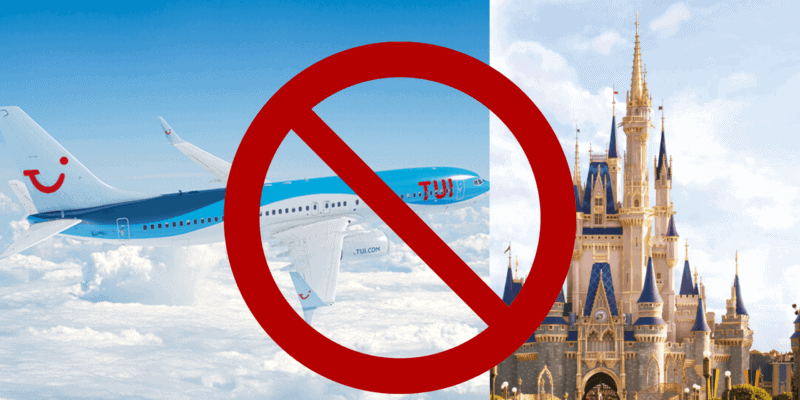 Huge news for UK theme park fans as today it was announced that travel giant TUI has canceled all vacations to Florida for those traveling from the UK and Ireland until the end of November, Metro reports. This is huge for anyone who has a TUI holiday booked at Walt Disney World or Universal Orlando Resort.

This has come directly as a result of the recent surge in cases reported in the state. Cancelations are happening due to the perceived poor experience that customers would be getting if they were to vacation at this time. The official statement from TUI includes the following:

The decision has been made following new health and safety measures implemented at Walt Disney World to ensure the safety of its guests. These changes would significantly impact the holiday experience for many Tui customers who plan their magical and often once in a lifetime Florida holiday.

There is some good news, though. Anyone who has a booking with TUI is able to rebook through October 2021 or receive a full refund.

The other issue for those traveling from the UK (like myself, for example), is the uncertainty on how safe it is to travel long distances on a flight. Big airlines have only recently begun sharing plans on new rules that are coming in to protect customers, and until flights resume, there’s a lot of uncertainty on the reality of these new rules.

Government advice here in the UK also stipulates that upon arriving back in the UK, there is a 14-day quarantine, something that is a huge blocker for people leaving and coming back onto the country on vacation.

As a UK resident and Disney fan, I will be looking at booking my next vacation (having already had to cancel one this year) to Orlando as soon as it is safe to do so. We will report back if other major travel agencies take a similar action as TUI.

What are your thoughts on TUI canceling trips? Let us know in the comments below.