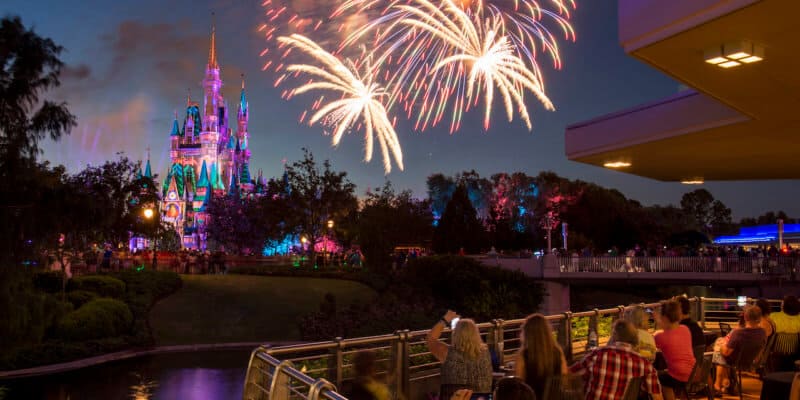 Walt Disney World Resort is currently not accepting any new reservations for Disney Resort hotels. But that doesn’t mean you have to wait months to book your next Disney vacation. Several hotels that are location within the Disney bubble but aren’t owned or operated by Disney are still accepting new bookings. So you can still book a Disney World trip at the following hotels and experience the magic as soon as possible.

We previously shared some of the benefits of staying at a Disney-approved but not Disney-owned hotel — read more here!

Four Seasons Resort Orlando has announced that they are currently accepting reservations for stays from July 1 and beyond. Since Disney Springs is now open and several Disney Vacation Club resorts resume operations June 22, this could be a great place to stay if you want to head to Disney World before the theme parks reopen. Or you can also book your trip for July 11 or later (Magic Kingdom and Disney’s Animal Kingdom reopen on July 11; EPCOT and Disney’s Hollywood Studios reopen on July 15) so you can take a chance at trying to get a reservation to enter the theme parks.

The resort shared the following message on their official website:

Four Seasons Resort Orlando is now accepting reservations for stays from July 1, 2020, onward. As we prepare to open, Four Seasons has embarked on an important collaboration with Johns Hopkins Medicine International to validate our enhanced global health and safety program, LEAD WITH CARE. Book online now or call the Resort directly for assistance at +1 (800) 267-3046.

You can view more information about the travel advisories and policies currently in place for the Swan and Dolphin on the official website, but note that this is a great option for anyone looking to stay on Disney property near EPCOT and Disney’s Hollywood Studios, which reopen on July 15. The Swan and Dolphin are also considered to be more affordable than the Four Seasons Resort Orlando, so if you are on a tighter budget and you want to visit Disney World this summer, this could be the resort for you.

Related: What to Know Before Visiting a Disney Resort Hotel in 2020

Hilton Orlando Bonnet Creek has shared that they plan to reopen beginning July 1, and you can actually start booking rooms, if you are interested in staying at this hotel. They are also offering a very flexible cancellation policy, which you can read about here.

We anticipate reopening on July 1. We are taking reservations for stays beginning July 1, and we look forward to welcoming you!

Hilton Orlando Bonnet Creek is another official Disney hotel and offers the same benefits of the resorts above. The hotel is located within close proximity to several other resorts, Disney Springs, and Disney’s Hollywood Studios. Visit the official website here.

The Waldorf Astoria Orlando (another hotel owned by Hilton and considered an official Disney resort) also plans on reopening beginning July 1 and is currently accepting reservations for July 1 and later. You can visit the official website here.

How to Book a Trip

At this time, it is easiest to either book a trip for these resorts directly through each of their websites, or through an Authorized Disney Vacation Planner. We highly recommend booking through the Authorized Disney Vacation Planners at Academy Travel. Academy Travel agents are experts on all things Disney, including where to stay while on your vacation.

Because a reservation at a Disney Resort hotel does not guarantee access to the theme parks, there are plenty of vacationers who still want to head down to Orlando and spend some time at their resort hotel and Disney Springs, even if it means taking a chance on getting a reservation for the theme parks. If you want to explore the option of staying in one of these Disney-approved hotels that still feel like you’re in the Disney bubble, reach out to Academy Travel to book your vacation.