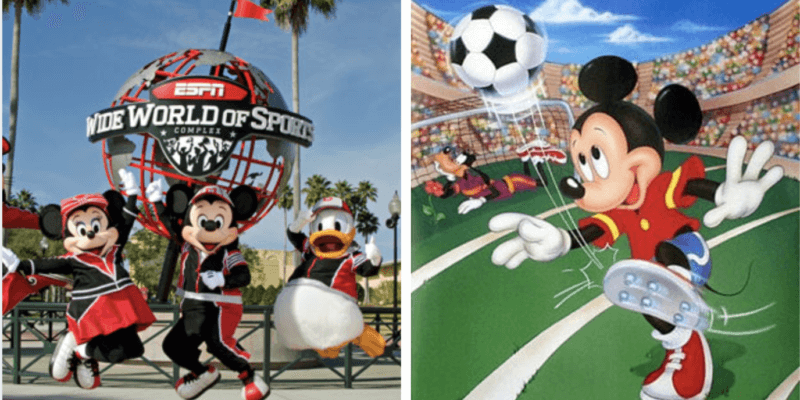 While much of the focus on professional sports returning to Walt Disney World Resort has been centered on the NBA, Major League Soccer (MLS) and Disney officials also reached an agreement earlier in June.

The MLS is Back Tournament will take place at the Disney park’s ESPN Wide World of Sports complex from July 8-August 11. MLS players will be housed at the Swan and Dolphin Resorts throughout the tourney.

Yesterday, Major League Soccer’s social media team took to Twitter to announce that the Minnesota United Football Club and the Columbus Crew Soccer Club had both arrived in Orlando.

The video shared on the MLS Twitter page featured players from MNUFC and the Crew wearing face masks as they entered the Swan and Dolphin resort complex.

Group stage matches will begin at ESPN Wide World of Sports on July 8. Fans will not be allowed to purchase group stage tickets to the MLS tournament or, at this time, to the championship match to see the tournament winner.

How will the presence of MLS stars impact my Disney vacation?

If you have plans to visit Walt Disney World Resort this summer after the theme parks begin their phased reopening, you’re probably wondering how the presence of MLS players, MLS Commissioner Don Garber, and NBA stars will affect your stay.

The short answer is: We can’t know for sure yet, but certain amenities and resorts will be unavailable to Guests for the duration of the upcoming professional sports seasons.

We do know that both the onsite Swan Hotel and Dolphin Hotel will not be reopening with the theme parks, presumably due to the presence of Major League Soccer teams.

We also know that certain measures are being taken to prevent NBA players from interacting with Disney World theme park Guests, including the creation of the “NBA campus bubble,” which does not currently include any of WDW’s four theme parks or two water parks.

Professional basketball players, staff members, and their approved guests will be housed at Gran Destino Tower at Disney’s Coronado Springs Resort, the Grand Floridian Resort and Spa, and Disney’s Yacht Club Resort while the continuation of the 2020 regular season gets underway.

It can be assumed that these same protocols will apply to an “MLS campus bubble.”

With resort hopping currently suspended and professional sports players at Disney World confined to approved areas within their respective “bubbles,” it is unlikely that your upcoming Walt Disney World trip will be seriously impacted by the presence of NBA or MLS players.

Are you planning to visit Disney World while the MLS tournament is ongoing? Tell us in the comments!

Comments Off on Will Pro Soccer Teams Impact Your Disney World Trip?