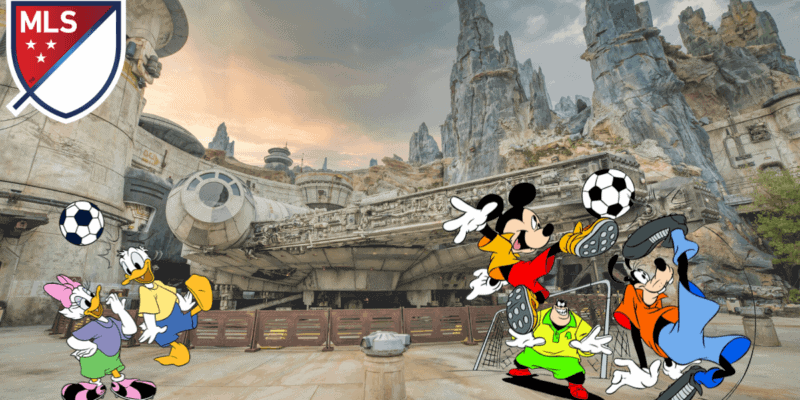 Just after announcing it will play host to the National Basketball League as it finishes its 2019-20 season, Walt Disney World has just announced that its ESPN Wide World of Sports Complex will now also host Major League Soccer as well.

All 26 MLS teams will take part in a tournament which will begin before the NBA is set to restart their season. All soccer players will be staying at the Swan and Dolphin Hotel.

Major League Soccer will resume its 25th season at Walt Disney World Resort, hosting the MLS is Back Tournament at ESPN Wide World of Sports Complex from July 8 to August 11. The unique tournament will include all 26 MLS clubs competing in a continuous schedule of 54 total matches that will take place nearly every day. The matches will count in the 2020 MLS regular season standings, and the tournament winner will also earn a spot in the 2021 Scotiabank Concacaf Champions League.

The event, which will be held without spectators in attendance, will be staged with an emphasis on the health and safety of all players, coaches, staff, crew, and cast members. MLS players and staff will follow specific medical protocols, including regular testing, throughout the tournament.

As far as where the players will be housed, it has been confirmed that they will be staying at the Swan and Dolphin, according to MLS officials.

The MLS explained further how the tournament will be structured.

Similar to a FIFA World Cup, the tournament will feature a continuous schedule of matches nearly every day, with games beginning at 9 am, 8 pm and 10:30 pm EST, with the majority of the matches to be played in the evening.

The league also mentioned that there is a lot at stake in this tournament than simply regular-season points and a further tournament spot. $1.1 million prize money!

The MLS will also be taking serious precautions to protect the health and safety of its players while on Walt Disney World Property:

An MLS task force has worked with leading experts to create guidelines and best practices to help reduce risk… These include:

The Walt Disney World Resort and the Swan and Dolphin Hotel will be providing enhanced cleaning of all venues and enforcing appropriate capacity-management and other social distancing guidelines.

Are you an MLS fan? What do you think about another league moving its games to Disney World? Let us know in the comments!