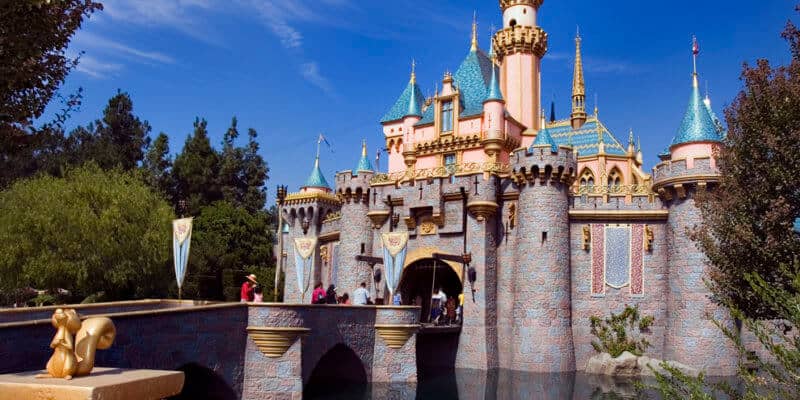 Preparing for what is expected to be another night of protests and civil unrest, Anaheim Police have begun to assemble in an employee parking lot at the Disneyland Resort. The police have been joined by Orange County Sheriff’s department. Over 100 law enforcement officers have been reported with riot gear.

UPDATE: OC Sheriffs showed up as well in Riot gear. This is probably one of the few updates I’ll be able to give so please please be safe. Over 100 police personnel set up and more coming. Off Clementine and Disney Way

Anaheim has also issued a citywide curfew which is to take effect at 6 p.m. PT tonight. The city issued the order saying:

Anaheim is implementing a citywide curfew starting tonight at 6 p.m. through tomorrow at 5:30 a.m.
Those who are traveling for work, who are giving or seeking emergency care, who are credentialed media or who are homeless are exempt from the curfew.
The safety of our community is our top priority.
Anaheim Police Department and all city departments are prepared for several planned demonstrations in Anaheim today.
We join many in deep concern and disappointment over the Minneapolis incident. But violence and destruction can never be justified and will not be tolerated in Anaheim.
As a city, we always welcome peaceful expression in Anaheim. But we will deal quickly and safely with anything that goes beyond that.
We thank you all for your cooperation and for helping us keep our city safe.

At this time, the Anaheim Police Department may be using Disney’s employee parking lot ahead of the curfew, and nothing more. No other instances of the Anaheim police using Disney property have been reported. It should also be mentioned that the city of Anaheim owns the parking lot on which the police are parked.
This news from Disneyland Resort comes on the heels of curfews in Orlando causing Walt Disney World resort’s newly-reopened Disney Springs to close far earlier than usual.

The Walt Disney Company has issued a statement in response to the death of George Floyd and the unrest that has escalated because of it. Messages went out across all of its major assets from Walt Disney Studios and Pixar to ESPN and Freeform.
Disney tweeted:

We will continue to update Inside the Magic as more information becomes available.