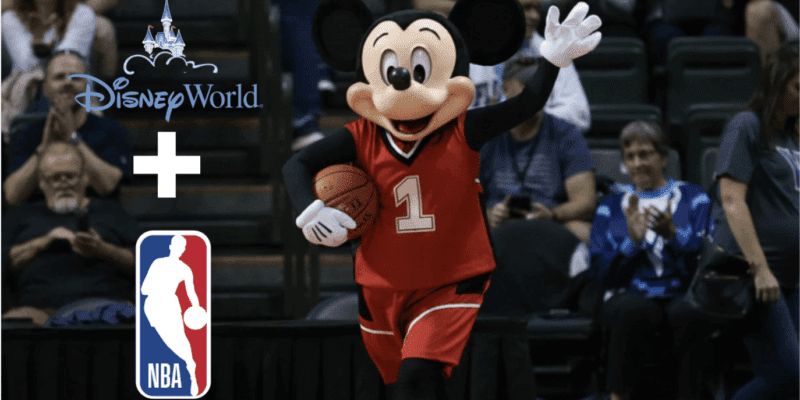 With both the National Basketball Association and Major League Soccer set to resume games at Walt Disney World Resort, there has been much discussion, both online and on television networks like ESPN, regarding whether or not the resumption of professional sports is wise at this time.

“Disney has gone through great lengths to ensure the safety of those [NBA] players, and the sanitation associated with the facilities that they will be living in and playing in so that those games will be broadcast for our pleasure. We want to see those games continue.”

22 of the 30 NBA teams are currently set to participate in the Orlando restart.

The National Basketball Players Association (NBPA) is still in talks with the NBA and Walt Disney World Resort executives to finalize plans for the season restart, including player safety protocols.

Although the NBA’s restart schedule could be altered at any time, the current timeline is:

Aug. 18: First round of the NBA playoffs begins

Sept. 1: Second round of the NBA playoffs begins

During the same Florida Task Force meeting, Demings noted that MLS officials are “exercising an abundance of caution” to ensure that their players and coaches remain safe during their tournament at Walt Disney World. This event will take place before the 2020 NBA season restart in July.

What do you think about the Orlando Mayor’s comments about the NBA restart? Do you agree with professional sports resuming at Disney World?