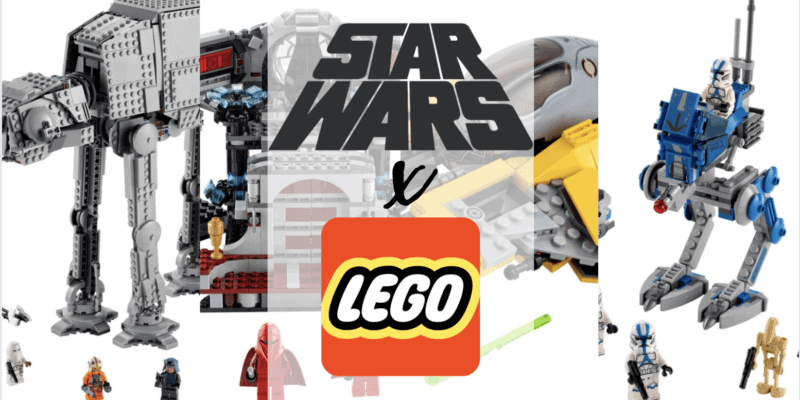 The holidays have arrived early for Star Wars and LEGO fans! LEGO has just announced not 1, not 2, but 10 new Star Wars LEGO sets that celebrate the highly-anticipated LEGO Star Wars: The Skywalker Saga video game.

Several of the new LEGO Star Wars building sets include unlock codes that will allow players to access exclusive content in the Skywalker Saga game.

The first set is the annual Star Wars advent calendar by LEGO. This year’s 311-piece set includes minifigures like a porg, the Millennium Falcon, and Darth Vader wearing an ugly Christmas sweater.

Next up, the Star Wars fan base is finally getting their much-requested 501st Legion Clone Troopers LEGO set. The set includes an AT-RT Walker and BARC Speeder along with four LEGO minifigures.

This will be priced at $29.99 and does not yet have an official release date.

The final new Star Wars LEGO set is The Razor Crest. Help The Mandalorian and The Child explore the galaxy! The set includes the ship itself and five Star Wars minifigures, including Din Djarin and Baby Yoda.

It is currently available for pre-order and will begin shipping September 1.

Which of these exciting new Skywalker Saga LEGO sets is your favorite?